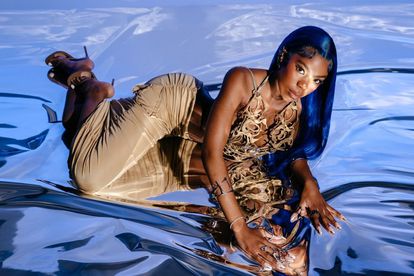 South African songstress is back with a new single. Image via Twitter @elaineofficial_

South African songstress is back with a new single. Image via Twitter @elaineofficial_

South African songstress Elaine is kicking off New Music Friday on a high note with her highly-anticipated single titled Shine. This is her first single of the year and her second single release since signing with American-based label, Columbia Records.

Other standout music releases are from SA hip-hop stars Shane Eagle and Champagne69 who both released albums with stellar features.

Take a look at some New Music Friday releases.

Shane Eagle first caught Mzansi’s attention with his exceptional bars on SA’s hip-hop competition show, The Hustle. Since then, he has been releasing quality music and has risen to become a force in hip-hop music.

His new album Green is an 18-track album with features from American actor Omari Hardwick and star rapper redveil.

She told Apple Music that before she wrote the title track of the album, the album was going to be called Sorry If I Hurt You.

“I like how it references Boom Clap and I like how it feels much morre punchy and in-your-face than how I’m feeling now,” she said.

This is a standout New Music Friday release.

GAYLE – ‘A STUDY OF THE HUMAN EXPERIENCE’

17-year-old singer Gale rose to fame following the release of her single abcdefu. The single dominated TikTok and peaked at number one on the United Kingdom and Ireland music charts.

Her EP, A Study of the Human Experience is filled with heartbreak anthems you can play on full blast!

Elaine’s debut EP, Elements propelled her to stardom. The South African-born songstress scored herself a record deal with Columbia Records, an American record label that is also home to Lil Nas X and many others.

Her new single Shine is a feel-good track about self-love. This is another standout release on our New Music Friday list!

Viral sensation Uncle Waffles is gearing up to release her debut EP titled Red Dragon on 30 March. To keep her fans buzzing, she teamed up with Sino Msolo, BoiBizza and Tony Durado for Tanzania.

Since Fifth Harmony disbanded, Normani has been on top of her game. Fair is her first single of 2022 and her soft vocals take centre stage as she tackles heartbreak.