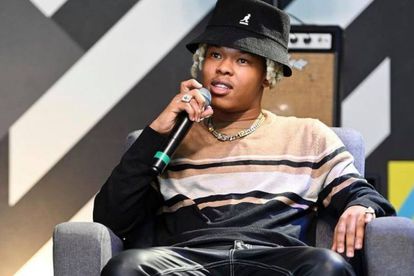 South African hip-hop star Nasty C has shown his versatility in the past by dabbling in R&B and even hopping onto Major Lazer & DJ Maphorisa’s afrobeat track Particula. The rapper shared that any artist who thinks he would be great on an amapiano song should “kill” that idea. He expressed that he would make a house song before ever featuring on an amapiano song.

ALSO READ: Costa Titch fires back after being shaded by Cassper for amapiano [watch]

‘I WOULD BE FAKING IT IF I DID IT’

Several of Mzansi’s musicians have expressed their appreciation for amapiano in different ways and Nasty C is no different. Although he loves the genre, Nasty C made it clear that he would not be hopping onto amapiano.

“If you had an amapiano song and you were thinking I’d go well on it. Kill that idea right now. Don’t do it to yourself. I hate declining stuff, especially people who I know. Don’t make me do it, man. Just don’t do it.”

“I love amapiano man it comes with a different type of energy. You can’t fake that. I would be faking it if I did it.”

Although the 24-year-old rapper will not change his mind about hopping onto amapiano, he did share that he’s open to making a gqom song. He confidently said that he would make a house music song before amapiano.

“I’m hip-hop to the core, but that’s not what I’m like totally zoned into… I’ll still do a little bit of pop. I’ll tell you what, I’ll make a house music song before I make an amapiano song because of my background it’ll make a little more sense.”

Nasty C also shared that he has previously done a gqom song titled Don’t download this.

NASTY C TEAMS UP WITH AUDIOMARC ON NEW SINGLE

Why Me is part of Audiomarc’s upcoming EP titled Trap Addict set to be released on Friday 12 November.

WATCH THE ‘WHY ME’ MUSIC VIDEO HERE