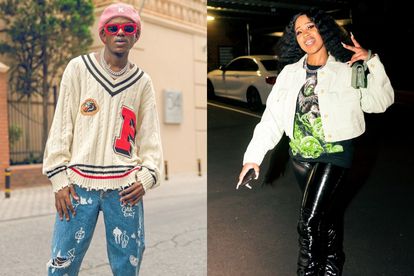 Take a look at these five amapiano artists to watch in 2022. Images via Twitter @cooper_pabi @MusaKeyss

Take a look at these five amapiano artists to watch in 2022. Images via Twitter @cooper_pabi @MusaKeyss

There is no doubt that amapiano has risen to become one of Mzansi’s most successful genres. Over the years, several amapiano artists have released quality music and as we enter a new year fans can expect a whole lot more!

Here are five amapiano artists to watch in 2022.

Award-winning songstress Boohle won over Mzansi’s hearts with Wamuhle featuring Njelic, De Mthuda and Da Muziqal Chef in 2021. The 19-year-old singer has worked with the likes of Cassper Nyovest, Busta 929, Kabza De Small and Lady Du since then.

Boohle released her debut EP, Sfikile in August 2021 and while she is yet to release a full-length album, we can’t wait to see what she has in store.

Mpumalanga-born producer Felo Le Tee has been dubbed a “musical genius”. The talented DJ kicked off his music career at 14 years old and has since worked with the likes of DBN Gogo, Mellow & Sleazy, Young Stunna, Sha Sha and Kamo Mphela.

He released an album in March 2021 titled Paradise that featured the likes of Focalistic, Daliwonga and DJ Maphorisa. The talented producer and DJ is well on his way to stardom and has cemented himself as a top amapiano act in South Africa.

Pabi Cooper caught the attention of amapiano lovers when she released her debut single Isiphithiphithi featuring Busta 929 and Reece Madlisa in June 2021. Since then, she has travelled outside of South Africa’s boarders and rubbed shoulders with amapiano’s top acts including DJ Maphorisa and Major League DJz.

The talented amapiano star is yet to release more solo music and all eyes will be on her for what’s to come in 2022.

Ch’cco is the incredible voice behind Mellow & Sleazy’s viral hit Nkao Tempela that also sparked a dance challenge. The 21-year-old vocalist is on has caught the attention of several amapiano giants including Kelvin Momo.

He mentioned that he hopes to collaborate with the likes of Focalistic, Blxckie, KO and Okmalumkoolkat in the future.

The Tsonga Michael Jackson aka Musa Keys has been on the rise for some time now. Two of his biggest songs, Vula Mlomo and Samarian Boy dominated the local amapiano scene in 2020 and 2021.

He released his debut album Tayo in November 2021 and has been touring the country with his music since. The star is yet to announce upcoming collaborations for the year. Stay tuned!