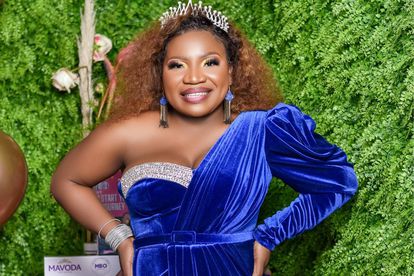 Makhadzi’s one-women show is set to take place in Limpopo on 1 October. Image via Facebook: MakhadziSA

Makhadzi’s one-women show is set to take place in Limpopo on 1 October. Image via Facebook: MakhadziSA

Award-winning singer Makhadzi blew Botswana away with her one-woman show earlier this year and now, the Ghanama hitmaker will wow Limpopo with her energetic dance moves on Saturday 1 October. The show, set to take place at the Makhuva Stadium, marks her first-ever one-woman show in South Africa.

On 26 March, more than 20 000 people headed to the Royal Aria Stadium in Gaborone to watch Makhadzi perform some of her best tracks. Days before the show, the 26-year-old was welcomed by the Botswana government and royals of the Batlokwa tribute.

“I express my gratitude to the leaders of this country for allowing me to have my show here. Botswana is the only country that has shown me so much love even more than my own country,” she said in a statement.

Sharing highlights of the show on her Instagram page, Makhadzi said it was a dream come true for her and hinted about more one-woman shows across the continent.

Taking to Twitter on 17 August, Makhadzi confirmed that her first-ever one-woman show in South Africa would take place on 1 October at the Makhuva Stadium in Thohoyandou, Limpopo.

“Hello my beautiful people. I have finally found a date for my homecoming one-woman show in Venda at Makhuva Stadium,” wrote Makhadzi.

“Please show some love and support for my hustle.”

Responding to Makhadzi’s tweet about her upcoming one-woman show, tweeps are ready to book their front-row seats.

“All roads lead to Venda! Let the countdown begin,” wrote one tweep.

“We all behind you Makhadzi come 1 October. All roads lead to Venda,” wrote another tweep.

“One thing about people from Limpopo they’ll support their own. She’s definitely filling up that stadium.”