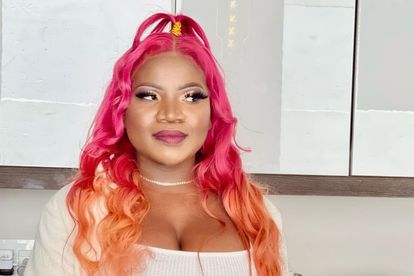 Limpopo-born musician Makhadzi has celebrated several achievements in 2021 and she is adding another one to her list. The 25-year-old’s hit track Ghanama featuring Prince Benza has officially been certified platinum.

Before Makhadzi officially released Ghanama she was caught in a nasty social media war with King Monada. The two Limpopo musicians teased the song together in a Facebook live video but when the song was released in July, King Monada was left out.

On Thursday 1 July, before releasing the song Makhadzi admitted that the social media war was a publicity stunt. “It really worked for our song to be known before the release,” she added.

After its release, the song did exceptionally well on South African charts and has been viewed over nine million times on YouTube.

Makhadzi took to Facebook on Friday 10 December to share that Ghanama has officially gone platinum. She thanked Prince Benza and King Monads for their contributions to the hit song and said “no matter what happens, we all remain goats of Limpopo”.

“I believe what happened to us was a lesson to all of us and I believe GOD is preparing a good thing for all of us… MORE LOVE TO YOU ALL. LIMPOPO TO THE WORLD. Congratulations to all of us,” wrote the musician.

‘CONGRATULATIONS TO OUR QUEEN’

Makhadzi’s fans took to Twitter to celebrate her exciting achievement. One fan noted that the award-winning star’s success gives others “chest pains”.

Penning a message to Makhadzi’s collaborator Prince Benza, one fan wrote: “Congratulations on getting nominated for song of the year and reaching platinum on Ghanama with Makhadzi.”