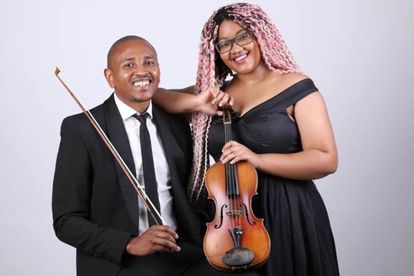 Luthando Madikizela, a budding musician from Bizana, Eastern Cape, will be serenading audiences with his powerful opera voice at Wild Coast Sun on Saturday 30 July. Madikizela will be accompanied by violinist Neo Motsatse for the spectacular performance and together they will perform pieces from the brightest artists in the classical genre.

Luthando Madikizela is a rising young opera singer who has collaborated with other young artists, showcasing his incredible talent. The Gauteng-based singer wowed audiences at the Roodepoort Theatre last month and hopes to do the same at Wild Coast Sun in Port Edward.

“I am inspired by the words of Louis Armstrong: ‘Music is life itself,’” says Madikizela.

Neo Motsatse started playing the violin at six years old and has since performed in South Africa and outside of Mzansi’s borders. Motsatse has won international music competitions and has also scooped the Standard Bank Ovation Award at the National Arts Festival in Makhanda twice.

Luthando Madikizela and Neo Motsatse will be performing their classical music item, The Music Story, at the Tropical Nites Theatre at Wild Coast Sun on 30 July.

Madikizela and Motsatse’s performance will be an afternoon of “Opera versus Violin” as they fuse present and future sounds for emotional melodies.

Madikizela and Motsatse’s performance will kick off at 16:00 on 30 July and tickets for the show have already gone on sale.

Tickets are R150 for adults and R80 for pensioners and students. Tickets will also be available at the door for R200.