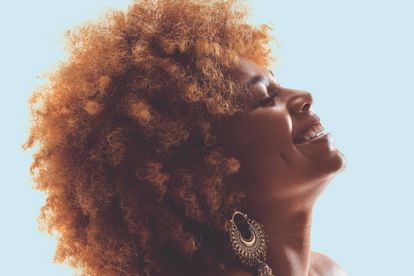 Lungi Naidoo has made history as the first African artist to sign to Ditto Plus Music. Image via Facebook: Lungi Naidoo

Lungi Naidoo has made history as the first African artist to sign to Ditto Plus Music. Image via Facebook: Lungi Naidoo

South African singer-songwriter Lungi Naidoo has captured Mzansi over the years with her soft voice and relatable lyrics. The Hawu Lami hitmaker recently became the first African songwriter to sign a deal with United Kingdom-based record label and distribution company Ditto Plus Music.

Speaking to IOL, she said the deal was the best decision she has made in a long time.

Born in KwaZulu-Natal, Lungi Naidoo fell in love with music when she was 10 years old. As a young girl, she drew inspiration from artists like Brenda Fassie, Whitney Houston and Mariah Carey.

The star singer released her debut album, Black Diamond, in 2016. Grammy-nominated producer Black Coffee was the only artist featured on the 10-track album. The two previously collaborated on Black Coffee’s album, Pieces of Me.

Speaking to GQ, she said working with the producer was “truly amazing”.

SIGNING WITH DITTO PLUS MUSIC

Speaking to IOL, Naidoo said signing with the UK label was the “best decision” she’s made in a long time.

“I am a songwriter and it’s so important to align myself with a company that has my best interests at heart when it comes to my intellectual property.”

“I feel proud and hope that this will open movie, TV and reality show sync deals for my music.”

After a five-year hiatus from music, Lungi Naidoo released a six-track EP titled Courage. She described the EP as a “testament” of how far she has come regardless of her “shortcomings”.

Her new single Feel Good was produced by Ghanaian producer GuiltyBeatz. The single is a vibey afrobeat track.