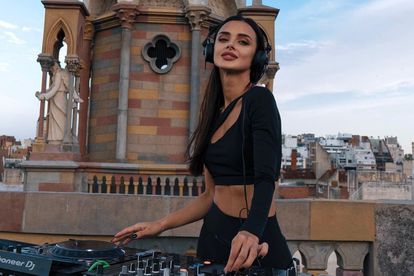 Since the Russian invasion of Ukraine on Thursday 24 February, celebrities all over the world have been speaking out against the war. Some of Ukraine’s top musos have joined in and they’re using their music platform for change.

Olga Korolova, a techno DJ and producer from Chernihiv in Ukraine, told BBC that she exclusively played music from Ukrainian artists at a recent gig in Poland.

She is also raising funds for several Ukrainian charities through her YouTube channel.

Olga Korolova aka Korolova DJ is one of Ukraine’s top DJs. She has travelled all over the world sharing her extraordinary talent with others. From the United States to Colombia, Argentina to Mexico, Korolova DJ has been there and done that.

Speaking to BBC, Korolova DJ said she had to flee her hometown of Chernihiv with her daughter, dog and everything she could fit into two bags.

“I saw a bomb and in my brain, all I could think was, ‘Get away because of the baby’.”

She managed to cross the border into Poland where she was booked for a gig. Instead of playing the music she prepared for the gig, Korolova DJ solely played music of Ukrainian artists.

“I was playing and I was crying. It was the hardest set of my life, but I knew for sure I needed to do something,” she explained.

After her emotional set, Korolova donated her earnings to the Ukrainian army and charities helping people who are affected by Russia’s invasion.

She also uses her Instagram page to send daily updates to her 200k followers.

In her latest update, the DJ shared heartbreaking images of buildings that were set alight in Chernihiv.

She wrote: “What’s going on with this world! Please I beg you all, stop this!”

Okean Elzy is one of Ukraine’s top rock bands. The band is also using its social media pages to share messages of love and hope to their Ukrainian fans.

Taking to Instagram on Monday 28 February, the band announced that all revenue made from music streams will be donated to the Ukrainian army.

As per a screenshot from Apple Music, the band shared that three of their songs are in the top five songs currently being played in Ukraine.