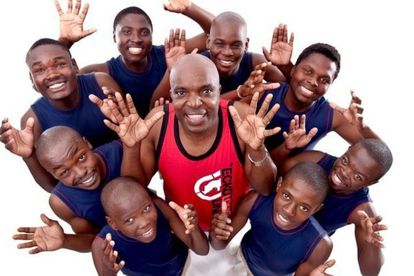 The Kholwa Brothers are preparing to jet off to Los Angeles ahead of the World Championships for Performing Arts. Image via Facebook: Kholwa Brothers

The Kholwa Brothers are preparing to jet off to Los Angeles ahead of the World Championships for Performing Arts. Image via Facebook: Kholwa Brothers

Formed in 1990, the Kholwa Brothers have risen to become of Mzansi’s most-skilled acapella groups. The award-winning singing group is set to jet off to Los Angeles to compete in the World Championships for Performing Arts on 22 July. The music group will go up against talent from more than 60 countries, in hopes to be crowned the Grand Champions of the world.

WHO ARE THE KHOLWA BROTHERS?

Isicathamiya music group, the Kholwa Brothers, was formed by Derrick Mlambo. As per Door 6, “Kholwa” in isiZulu translates to “A Believer”. The all-male music group often performs original songs in acapella style with stunning dance routines.

Local composer Bev MacGregor teamed up with the Kholwa Brothers in 2020 to form the Kholwa Project. MacGregor told the Independent on Saturday that the music group performs refreshing music.

“Nobody has ever done this type of music since Mango Groove and Johnny Clegg, that is the most exciting part of creating music with them,” she added.

TAKE A LOOK AT ONE OF THEIR PERFORMANCES HERE

THE JOURNEY TO LOS ANGELES

The Kholwa Brothers won 64 gold medals at the South African Performing Arts Championships in Rustenberg in 2020.

Sadly due to COVID-19, the competition was postponed to July 2022.

JETTING OFF TO LOS ANGELES!

Derrick Mlambo told the Independent on Saturday that the group was over the moon to head to Los Angeles for the World Championships for Performing Arts.

“It confirms what I have been telling the boys – that if they work hard, focus on what God gave them and polish their art, good things will come their way.”

“We are excited knowing that there are possibilities for the group to further grow because there will be talent scouts there.”

“We are longing to grab those gold medals and bring them to South Africa and get the right people who will be able to identify the group and maybe want to work with it,” said Mlambo.