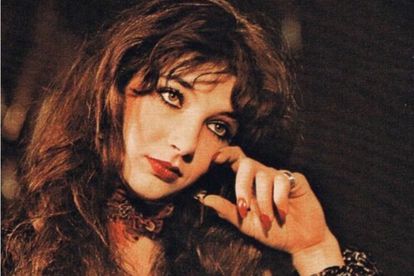 Kate Bush has topped the UK charts with her 1985 single ‘Running Up That Hill (A Deal With God)’. Image via Twitter @bestofkatebush

Kate Bush has topped the UK charts with her 1985 single ‘Running Up That Hill (A Deal With God)’. Image via Twitter @bestofkatebush

37 years after the release of her single Running Up That Hill (A Deal With God), English singer-songwriter Kate Bush has topped the United Kingdom music charts. The track is featured in season four of Stranger Things which was released on 27 May. In a post on her official website, Bush said she was overwhelmed by the reception of the single.

KATE BUSH’S ‘RUNNING UP THAT HILL’

Kate Bush’s single Running Up That Hill was originally released in August 1985 as part of her fifth studio album, Hounds of Love.

The talented singer released a new version of the song titled Running Up That Hill (A Deal With God) in 2012 and premiered the track at the 2012 Summer Olympic Games in the United Kingdom.

Bush’s single has been featured in several television shows including the 2018 LGBTQI+ series, Pose.

The 63-year-old musician’s single has achieved the number one position on the United Kingdom charts. Taking to her official website, Kate Bush said the Duffer Brothers have “touched people’s hearts” with Stranger Things season four.

“By featuring Running Up That Hill in such a positive light – as a talisman for Max (one of the female characters) – the song has been brought into the emotional arena of her story. Fear, conflict and the power of love are all around her and her friends,” said Bush.

“I’m overwhelmed by the scale of affection and support the song is receiving and it’s all happening really fast as if it’s being driven along by a kind of elemental force.”

“I have to admit, I feel really moved by it all.”

As it stands, Kate Bush’s Running Up That Hill is currently number four on the Billboard 100 charts.

The track is beaten out by Harry Styles’ As It Was, Jack Harlow’s First Class and Future’s Wait For U featuring Drake and Tems.