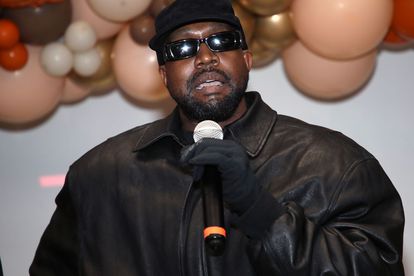 Kanye West has pulled out from Coachella. Who will be his replacement? Image via Getty Images Photographer: David Livingston

Kanye West has pulled out from Coachella. Who will be his replacement? Image via Getty Images Photographer: David Livingston

Kanye West was one of three headliners set to perform at Coachella later this month. On Monday 4 April, a source confirmed to Rolling Stone that the Hurricane hitmaker decided to pull out of the concert. In February, West threatened to pull out of the music festival after demanding an apology from Billie Eilish after she may have taken a dig at Travis Scott following the Astroworld tragedy.

KANYE WEST THREATENING TO PULL OUT OF COACHELLA

Eilish performed in Atlanta, Georgie on Saturday 5 February and stopped her concert after one of her fans had trouble breathing. When she became aware of the situation, she instructed her team to help the fan with an inhaler.

She seemed to take a dig at Travis Scott (which she later denied) saying: “I wait for people to be okay before I keep going.”

West threatened to pull out of Coachella unless Eilish apologised to Scott.

“Come on Billie, we love you. Please apologise to Trav and to the families of the people who lost their lives no one intended this to happen.”

“And yes. Trav will be with me at Coachella but now I need Billie to apologise before I perform,” concluded West.

KANYE WEST PULLS OUT OF COACHELLA

Kanye West was set to headline Coachella on Sunday 17 April and Sunday 24 April. Rolling Stone confirmed that West has officially pulled out of the music festival.

The Grammy-winning rapper’s representatives did not comment on the matter.

Other Coachella headliners include Billie Eilish and Harry Styles, who will be headlining the concert for the first time.

WHO SHOULD REPLACE HIM?

Although Coachella has not named a replacement for Kanye west yet, many have taken to Twitter to share their thoughts on who should replace him. One tweep said rapper Nicki Minaj should perform in his place.

“She deserves the time to be able to not only plan her set with time and care, but the respect of being their first choice,” added the tweep.

“I want Doja Cat as the replacement of Kanye West’s headline in Coachella,” wrote another tweep.

“If they made Lil Nas X a headliner for Coachella in replacement of Kanye, I’d be there in a second.”