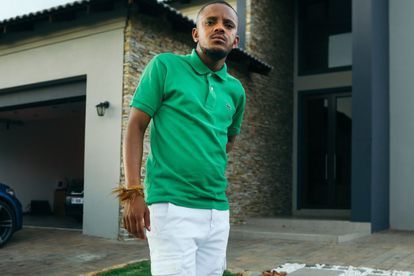 Amapiano star Kabza De Small has an alter ego and his name is Papa Mancane! Image via Twitter @KabzaDeSmall_

Amapiano star Kabza De Small has an alter ego and his name is Papa Mancane! Image via Twitter @KabzaDeSmall_

Kabza De Small is one of amapiano’s biggest artists and with spectacular hits like Vula Vala, Sponono and Abelele, the King of amapiano knows how to produce a chart-topping track or two. A few of Kabza’s fans were stunned after he introduced his hip-hop alter ego Papa Mancane in a new single.

As per his Instagram page, Pervader has a close relationship with some of Mzansi’s top musos including vocalist Young Stunna and Kabza De Small, who he featured on his new single, City Dreams.

The rapper has also shared stages with the likes of local hip-hop stars Blxckie, Nasty C, Cassper Nyovest and Kwesta.

The mellow trap hip-hop single sees Kabza De Small stepping outside of his comfort zone behind the DJ decks and hitting the recording booth for some bars.

The album serves as a follow-up to the award-winning producer’s 2020 album, I Am The King Of Amapiano, which featured Nigerian stars Wizkid and Burna Boy.

To celebrate the release of his new album, streaming giant Spotify honoured the amapiano star with a billboard in New York City’s Times Square.

Taking to Instagram on 17 June, Kabza shared the image with his 1.9 million followers writing: “Makhosi Amakhulu”.