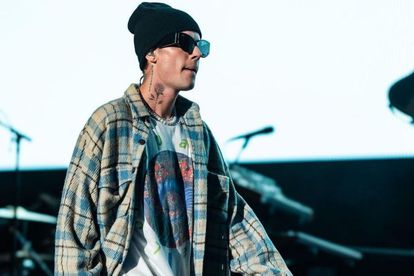 Canadian pop sensation, Justin Bieber is bringing his Justice World Tour to South Africa in 2022 and pre-sales have already opened for Discovery Bank members. If you’re keen on seeing Bieber perform Peaches live in Johannesburg or Cape Town, here’s everything you need to know.

Justin Bieber’s Justice World Tour is named after his latest album Justice that was released on 19 March. The album featured the likes of Burna Boy, Chance the Rapper, Khalid, Daniel Caesar, Dominic Fike and The Kid LAROI.

Justin Bieber announced his Justice World Tour on 15 November and included dates for his South African Beliebers. The Grammy award-winning musician will be performing in Cape Town at DHL Stadium (previously known as Cape Town Stadium) on Wednesday 28 September 2022 and in Johannesburg at FNB Stadium on Saturday 1 October 2022.

Big Concerts has announced that concert attendees must be vaccinated to enter the stadiums.

The Justice World Tour marks Justin Bieber’s third time in South Africa after performing in 2013 for his Believe World Tour and 2017 for his Purpose World Tour.

HOW MUCH A TICKET WOULD COST YOU

Pre-sales for the Justice World Tour opened for Discovery Bank members on 1 December and tickets for the general public will go on sale on Friday 3 December at 09:00.

One tweep took the liberty of sharing the ticket prices on Twitter. If you want to see Justin Bieber up close in Cape Town at DHL Stadium you’ll have to pay R1 025 for a Front Zone Standing ticket, while a General Admission Standing ticket will cost R575. A seat at the Business Lounge is R1 255.

Mzansi Beliebers are ecstatic to see Justin Bieber return to South Africa in 2022. One tweep shared that they’ve already secured their tickets to see the award-winning musician in Cape Town. Another tweep has secured tickets for both Johannesburg and Cape Town.

“Woke up this morning and decided to get both the JHB and Cape Town tickets for Justin Bieber in South Africa.”

One tweep hopes that BTS will show up for Justin Bieber’s concert.

Lions lose captain, Louw to stand in as skipper against Stormers

Are these the 30 greatest Springboks of the past 40 years?