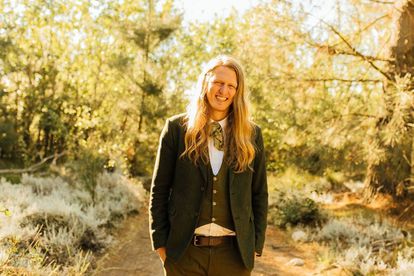 Take a look at some of Justen Hosken’s best covers. Image via Facebook: Lee-Ann Hosken

Take a look at some of Justen Hosken’s best covers. Image via Facebook: Lee-Ann Hosken

Tributes have poured in for Cape Town singer-songwriter Justen Hosken who passed away on Thursday 10 March. He and his wife, Lee-Ann were involved in a car accident on Wednesday 2 March, where Justen sustained life-threatening injuries.

To remember the talented musician, music tutor and final year music student, we look back at some of his heartwarming covers. Over the years, Justen Hosken had covered artists like local electronic duo GoldFish, “King of Rock n’ Roll” Elvis Presley and Vance Joy.

Summertime Sadness was one of Justen Hosken’s last covers before his tragic accident. The talented muso strummed his electric guitar for a backseat session in his car and added a fresh rock feel to Lana Del Rey’s chart-topping pop ballad.

LISTEN TO THE COVER HERE

The “King of Rock and Roll” aka Elvis Presley, released several hit songs over the years and Hound Dog was one of his best! Justen Hosken performed the hit song at the Heroes restaurant in Brackenfell, Cape Town in August 2021.

Hosken had some patrons rocking along to his high-energy cover of Presley’s Hound Dog.

Justen Hosken serenaded The Bay Harbour Market crowd in 2020 with a stunning cover of Guns N’Roses’ 1988 hit, Sweet Child O’ Mine. The talented muso not only blew the crowd away with his phenomenal guitar playing skills, but his voice stole the show too.

GOLDFISH – ‘IF I COULD FIND’

Goldfish’s hit, If I Could Find, is from their 2017 album, Late Night People. Justen Hosken did a one-man-band cover of the dance/electro track that is simply amazing to watch!

WATCH HIS ‘IF I COULD FIND’ COVER HERE

Justen Hosken whipped out his ukelele for this energetic cover of Vance Joy’s Riptide. Hosken performed the song in 2019 at the Kapstad Brauhaus in Cape Town.

Maybe Tomorrow was one of Hosken’s original songs. He posted the short clip to YouTube in 2019 with the caption: “Feels good to be working on some original material.”

The Cape Town muso showed off his electric guitar skills with this one!