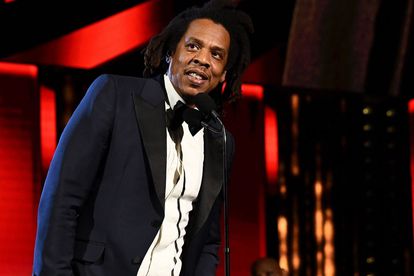 Grammy award-winning rappers Jay-Z and Kanye West had an incredible 2021. Although Jay-Z did not release any solo music last year, he made an impact in a few other ways. According to Vibe, The Izzo hitmaker topped the list of the highest-paid hip-hop artists in 2021 with a whopping $470 million (R7.2 billion).

In March 2021, Jay-Z sold 50% of his luxury Armand de Brignac champagne, also known as Ace of Spaces to Moët Hennessy Louis Vuitton (LVMH). Forbes reported that the deal was worth more than $600 million (R9.2 billion).

Both these deals make Jay-Z the highest-paid hip-hop artist in 2021.

Kanye West comes in second place with a whopping $250 million (R3.8 billion). According to Vibe, The Good Life hitmaker’s 2021 earnings came mostly from his Yeezy empire. The brand released more than 10 new sneakers and shoes including the avant-garde Yeezy foam runners.

West also released his long-awaited Donda album in August 2021. Prior to the official release of the album, West held three listening parties.

The album peaked at number one in more than five countries including Australia, France, the United States and the United Kingdom.

Take a look at hip-hop’s highest earners for 2021 behind Jay-Z and Kanye West.