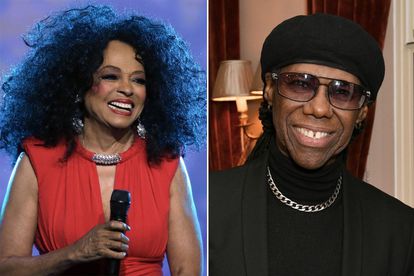 The disco classic – which has gone on to become a gay anthem since its release in 1980 – was inspired by a bar full of transvestites and Diana Ross impersonators, according to Nile Rodgers who co-wrote the song with fellow Chic star Bernard Edwards.

“I’m Coming Out. I promise you when I came up with that idea, I walked into a bar, there were a lot of transvestites and Diana Ross impersonators, I guess they were having some contest that night. Diana Ross was the very first big star I ever worked with.”

“And all of a sudden I walk in and I see the life of one aspect of Diana Ross’s life – that the gay community really looks up to Diana Ross as a real icon.”

Nile went on to explain that he wanted to “translate” the scene into a song and came up with the title in what he described as a “life-changing moment.”

‘I’M COMING OUT’ DESCRIBED AS A ‘FANFARE’ FOR WOMEN

Speaking on the inaugural episode of Björn from ABBA and Friends on Apple Music Hits, he added:

“And I was like, “Oh, my God, how do I translate that into a song without saying obviously what I’m feeling?” And it just popped into my head, like ‘I’m coming out’. Yeah, honestly, and I thought that it was a life changing moment.”

The Grammy Award-winning songwriter – who also composed hits such as We Are Family by Sister Sledge and produced Madonna’s Like a Virgin album – then went on to describe I’m Coming Out as a “fanfare” for a woman who is “revered by the gay community.”

“She came to see Chic playing live. And my partner turned around while we were jamming. And he said, ‘Damn, that’s like a queen coming to see us. She’s like our queen.’ And I remembered him saying that.”

“So, when I was doing the arrangement, I wrote a fanfare. So we go, ‘I’m coming out.’ And I go [sings fanfare]. A fanfare for a queen. A person who’s revered by the gay community. She’s acknowledging that alliance. And it’s also going to hopefully make you go to the dance floor.”