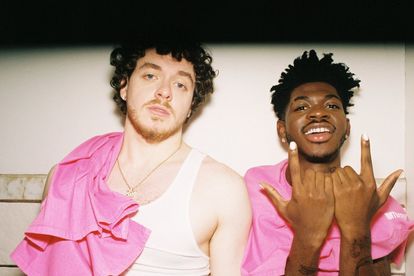 Lil Nas X and Jack Harlow’s ‘Industry Baby’ is one of the hottest collaborations from 2021. Image via Twitter @LilNasX

Lil Nas X and Jack Harlow’s ‘Industry Baby’ is one of the hottest collaborations from 2021. Image via Twitter @LilNasX

2021 was a year for exceptional music and it was even better for collaborations. No matter the genre, collaborations draw in more fans for artists. Here are six collaborations that left us wanting more in 2021.

Lil Nas X’s Industry Baby from his debut album Montero was one of hip-hop’s biggest songs this year. The 22-year-old rapper featured Jack Harlow on the release and it was a smash hit!

Speaking to Variety, Harlow admitted that there were a few people from his camp who had their doubts about the collaboration but he went ahead with it saying: “It felt like the right move for me”.

American musicians Bruno Mars and Anderson Paak came together to form the smooth R&B duo Silk Sonic. Together they put a modern twist on 90s R&B music and the world is obsessed.

Their single Leave The Door Open earned them two MTV Video Music Awards. One for Best Editing and the other for Best R&B Video. The single is also nominated for Record of the Year at the 64th annual Grammy Awards set to take place on 31 January.

Kabza De Small and DJ Maphorisa have taken the amapiano genre to exceptional heights this year. Their single Abalele featuring the beautiful vocals of award-winning singer Ami Faku has been a stand-out amapiano release this year.

The producers are praised for their incredible production skills with this track.

After a break from music, Zakes Bantwini came back with a bang releasing one of South Africa’s biggest songs of the year. Osama featuring vocalist Kasango shook up the country and dominated radio charts for weeks.

Although Mzansi took their time to learn and understand some of the lyrics, no one shied away from singing the Osama lyrics as loud as they possibly could.

Australian singer and rapper The Kid Laroi released his single Stay featuring Canadian superstar Justin Bieber on 9 July. The track peaked at number one on the Billboard Hot 100 making it The Kid Laroi’s first single to reach this milestone.

The song is a mixture of hip-hop, pop and synth sounds. Stay was also one of TikTok’s viral hits this year amassing over eight million videos on the video-sharing app.

South African rapper and singer Tshego returned to the music scene with a three-track EP after his successful debut Pink Panther in 2019. His EP 3 Piece featured My Favourite Song which is a fusion of hip-hop and R&B sounds.

Durban-born singer Shekhinah’s voice compliments the song well, making it one of her most notable collaborations yet.

LISTEN TO ‘MY FAVOURITE SONG’ HERE