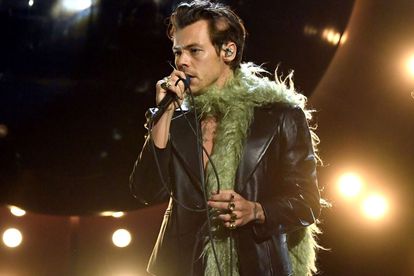 Bridgerton has risen to popularity for its phenomenal storyline, but also for its amazing music. One of the most exciting parts about the new season of the period drama is a string arrangement of Harry Styles’ hit single, Sign of the Times.

According to Variety, the series’ music supervisor, Justin Kamps, describes the memorable Sign of the Times cover as “dazzling” adding that it is a perfect match for the Bridgerton.

When Debra Delshad, the senior director at Angry Mob Music, told Bridgerton music supervisor, Justin Kamps, that season two of Bridgerton had “lots of dancing, balls, parties and weddings”, they quickly came together to work on a list of songs.

Choosing which songs to cover for Bridgerton was not a simple task for Justin Kamps. He listens to the original melody, then imagines how it would sound on a cello.

“If it felt awkward, I would pull up a cello sound, play it and see what it sounded like,” he said.

“If the song passed that test, I would think about if it can really capture the emotion of the song. We’re picking really iconic, big pop songs. If I honestly don’t think we can do them justice, there’s no point.”

Bridgerton’s music supervisor, Justin Kamps told Variety that the Sign of the Times cover has “a couple [of] short pauses before blasting into this gorgeous big swell of strings at the end”.

“Sometimes having stops and starts in the song helps our editors really land these dramatic reveals. When fans see the episode, they’ll realise why it was used in that way. All the swells and swirling strings are very deliberate and build to this perfect moment,” added Kamps.

The talented music supervisor describes the Sign of the Times arrangement as “dazzling” and used a combination of string instruments.

“It is a perfect match for the Regency period sounds of Bridgerton,” he said.

HAVE A LISTEN HERE

Harry Styles’ fans have more to look forward to than just a cover of his hit single, Sign of the Times. The English musician is set to release his third studio album on Friday 20 May, titled Harry’s Home.

Though he didn’t reveal much about the album, he did share a 40-second trailer.