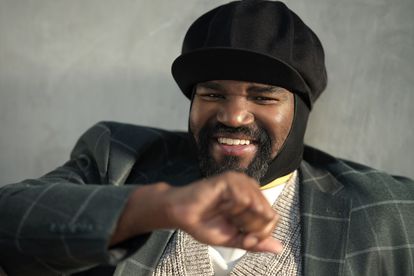 Grammy-winning singer Gregory Porter is set to return to South Africa in 2023 for a few performances in Johannesburg and Cape Town. Tickets were officially released in August and tickets for his Cape Town show and two of his Johannesburg shows have been sold out! To meet the demand, Showtime Management, the promoters for the show, have added more shows for fans. Here’s what you need to know.

WHO IS GREGORY PORTER?

Gregory Porter first performed in South Africa in 2014 at the much-loved Joy of Jazz Festival. He returned in 2015 and has since developed a strong fan base in South Africa. He has worked with the likes of Ella Fitzgerald, Jamie Cullum, Laura Mvula and the London Symphony Orchestra.

The 50-year-old musician caught the world’s attention after he received a Grammy nomination for his 2010 debut album, Water.

Over the years, he has been compared to Nat King Cole, Donny Hathaway and Stevie Wonder.

‘AN INTIMATE EVENING WITH GREGORY PORTER’ TO WELCOME MORE FANS

As per TshisaLive, Showtime Management has added two more shows in Johannesburg to meet the demand of Gregory Porter’s fans in Mzansi. Tony Feldman from the music promoters said the demand for tickets was “overwhelming”.

“We thank Gregory Porter for taking the many requests from his SA fans to heart and for adapting his schedule to accommodate two more Johannesburg dates,” said Feldman/

Porter will now be performing at Montecasino in Johannesburg from Monday 23 January to Saturday 28 January.

Tickets for the Cape Town leg of An Intimate Evening with Gregory Porter are already sold out but there are still tickets available for the Johannesburg leg of the tour.