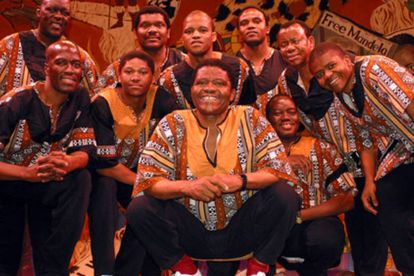 Ladysmith Black Mambazo is one of a five South African artists who have won a Grammy Award. Image via Twitter @RockersMovement

Ladysmith Black Mambazo is one of a five South African artists who have won a Grammy Award. Image via Twitter @RockersMovement

When Black Coffee won his Grammy Award for Best Dance/Electronic Album on Sunday 3 April, he became the fifth South African artist to win the prestigious award. The likes of Ladysmith Black Mambazo and Soweto Gospel Choir have won Grammys. Take a look at a list of local artists who have all won Grammy Awards.

In 1966, South African singer and civil rights activist Miriam Makeba, became the first African artist to bring home a Grammy Award. She won the award in the Best Folk Recording category for An Evening With Belafonte/Makeba, a collaboration between her and American singer, Harry Belafonte. Makeba has been nominated for more than three Grammy Awards.

LISTEN TO ‘HELLO MY BABY’ FROM ‘SHAKA ZULU’ HERE

Following in Ladysmith Black Mambazo’s footsteps, one of Mzansi’s most-loved choirs, the Soweto Gospel Choir, won the Best World Music Album in 2007 and 2008 for their albums, Blessed and African Spirit.

South African flautist Wouter Kellerman, who was also nominated for an award this year, won his first Grammy in 2015 in the Best New Age Album category. He won the award for his album Winds of Samsara, a collaboration between him and Indian music composer, Riky Kej.

Black Coffee received his first Grammy nomination in the Best Electronic/Dance category for his album Subconsciously featuring the likes of David Guetta, Pharrell Williams and Msaki. After making history as the first African DJ to win the award, the star DJ received a congratulatory message from President Cyril Ramaphosa.

“Thank you for flying the flag and inspiring a new generation of talent to take over the world,” wrote the president on Twitter.