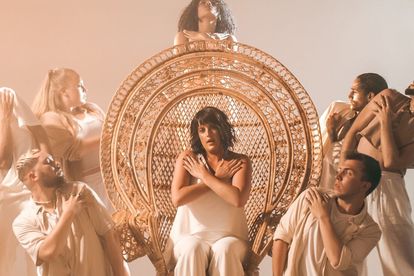 Award-winning band GoodLuck returned to music in 2021 after a year-long hiatus, with a heartfelt single titled Bird of Paradise. Over the past two months, the single has climbed the radio charts across the country and on playlists around the world.

GoodLuck officially released the cinematic music video for their powerful evocative anthem on Thursday 3 February. The music video was choreographed by Rudi Smit.

Bird of Paradise was born at Buspace Studios in West London. The South African band connected with the French producer while on tour in London. Grammy award-winning mastering engineer John Greenham finished off the single in Los Angeles.

In a statement, GoodLuck frontwoman Jules Harding described Bird of Paradise as “the anthem the world needs to hear at the moment.”

“I wrote the song about a person who breaks from an abusive relationship and lets their inner strength take control of their destiny.”

“So many people are in toxic situations, they’re trapped by the circumstance, but also ultimately their choice. And this song is about breaking that trap and popping the balloon of self doubt!”

Coupled with world-class choreography, the music video shows the world what South Africa is capable of. Jules Harding highlighted that working with Rudi Smit was “absolutely mind-blowing”.

“His level of talent, passion and attention to detail has inspired me greatly and considering how hard we push ourselves, that is really saying something!”

“His dance crew trusts and respects him to the highest level and you can feel that immediately when you walk into the rehearsal room – they move as though they are one person, it’s astonishing!”

Rudi Smit is an international choreographer based in Cape Town. Smit, who runs the Untmitive Dance Company was an assistant choreographer on the 2017 film Bring It On: Worldwide.

He has choreographed adverts for brands such as Pepsi, Adidas, McDonald’s, Facebook and many others.

His dance video to Beyoncé’s Run The World went viral in October 2021.