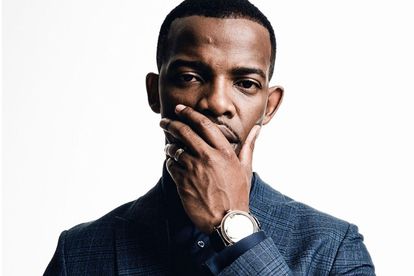 Zakes Bantwini says he was looking for a ‘global appeal’ while producing his new album ‘Ghetto King’, Image via Facebook Zakes Bantwini

Zakes Bantwini says he was looking for a ‘global appeal’ while producing his new album ‘Ghetto King’, Image via Facebook Zakes Bantwini

South African producer and businessman Zakes Bantwini made an exceptional comeback to music in 2021. After his hit single Osama featuring Kasango dominated the Mzansi airwaves, he released his album Ghetto King on 3 December. He explained that he wanted to reach more people with his sound.

Speaking to S Mag, the 41-year-old musician explained that he takes a while to release new music because he wants to make sure the music is “quality”.

“I really do not want to put out music when I feel it is not ready. With the latest project, I tested the waters by releasing Amanga last year. It was only after radio stations started playing it [was] when I seriously started working on a full album.

Zakes Bantwini’s sound is unlike any other. The talented producer fuses afro house with electronic music to create a memorable sound.

He explained that he was looking for a sound with a “global appeal” for Ghetto King.

“I was looking for a sound that will appeal from someone from KwaMashu to someone in Paris. In terms of sound, I borrowed a bit from the European sound which is dominated by techno sound and fused it with afro house to produce a vibey sound.”

Bantwini’s Osama is a perfect example of a track with a “global appeal”. American producer and DJ Diplo played the song at a gig in Paris earlier this year and had the crowd rocking.

It was reported in November that Zakes Bantwini’s Osama had spent 10 weeks at number one on South African radio, beating out Adele’s Easy On Me and De Mthuda’s amapiano banger Jola.

Zakes Bantwini has received high praise from his fans for his music. Taking to Twitter to praise the musician, one fan commented on the new album Ghetto King writing: “Zakes Bantwini’s album [is] a pure masterpiece from start to finish!!”

One tweep has also included Osama in his top five songs for 2021.