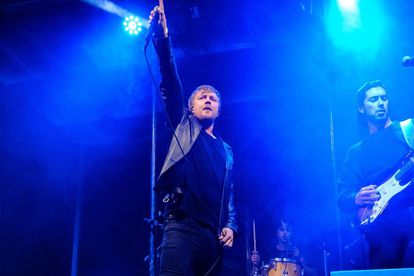 Francois Van Coke & Die Gevaar will be performing at the Daisy Jones Bar in Stellenbosch on 6 May. Image: Supplied Photographer: Wayde Flowerday

Francois Van Coke & Die Gevaar will be performing at the Daisy Jones Bar in Stellenbosch on 6 May. Image: Supplied Photographer: Wayde Flowerday

Francois Van Coke and Die Gevaar last performed at the Daisy Jones Bar in Stellenbosch in 2020 to a small live audience due to the COVID-19 pandemic. This time, they are back in full force for a performance on Friday 6 May. The audience can expect to hear music from Van Coke’s upcoming album, Kanniedood, set to be released in September.

Francois Van Coke is regarded as one of the best Afrikaans musicians in South Africa. The talented muso rose to fame as the frontman of rock bands Fokofpolisiekar and Van Coke Kartel. Now, the 41-year-old muso is rocking the country with his band, Die Gevaar.

Van Coke and the band have had a string of successful performances across the country. They have performed at the Liefde By Die Dam festival in Johannesburg and at the Pretoria Buitelug Ekspo & Fees amongst others.

TAKE A LOOK AT ONE OF THEIR PERFORMANCES HERE

THE BAND HEADS TO STELLENBOSCH

Taking to Instagram on 22 April, Francois Van Coke shared that the last time the band was in Stellenbosch for a big show was right before the COVID-19 pandemic hit, so the band is looking forward to returning for their show on 6 May.

Fans can expect to hear new music from Van Coke’s fourth studio album, Kannidood and songs that his fans love to see live. Van Coke and Die Gevaar will also be playing some classics from Fokofpolisiekar and Van Coke Kartel.

‘Scandal!’ Fans: ‘Dintle is pregnant with her father’s baby’