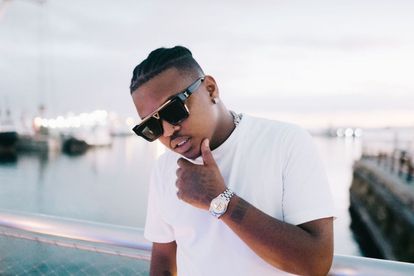 Lethabo Sebetso aka Focalistic has risen to become one of the biggest amapiano stars in South Africa. From collaborating with local acts like Vigro Deep to hitting the stage with Nigerian superstar Davido, the 24-year-old musician has cemented himself as a top act in Africa.

Focalistic mentioned that one of the most important decisions he’s made in his music career saying “A se trap tse ke pina tsa ko kasi” in every song.

Before dabbling in amapiano, Focalistic was a hip-hop artist. Some of his stand-out songs included Fakimali and K’shubile which were both released in 2017. In 2018 he released a dance-inspired hip-hop track titled Dankie Mpilo.

His EP, President Ya Straata (which translates to “President of the street”) featured Felo Le Tee, Mellow & Sleazy and Myztro.

“A se trap tse ke pina tsa ko kasi”, which translates from Sepedi to “these aren’t trap songs they’re from the township” is Focalistic’s unique phrase that features in all of his songs.

Speaking to TshisaLive, Focalistic said using the phrase is one of the best decisions he’s made in his career.

“I’m gonna make music that represents me and that I’m comfortable with, where I don’t feel like I’m trying too hard… I think that’s one of the decisions that changed my life.”

“People started understanding the sound and wanted to go deeper into the story, ‘Where do you come from? How were you raised? How did you call in love with music?’”

“In the world that’s the only thing that stands out – being yourself – the power of being you… but the craziest part is it’s hard to be yourself.”

Focalistic had an exceptional year in 2021. Between releasing music and winning awards, he travelled to Ghana, Nigeria and the United Kingdom taking South Africa’s amapiano sound to the world.

Rhulani Mokwena: I don’t know where these doubters come from

Bok newcomer set for big opportunity at expense of Vermeulen?