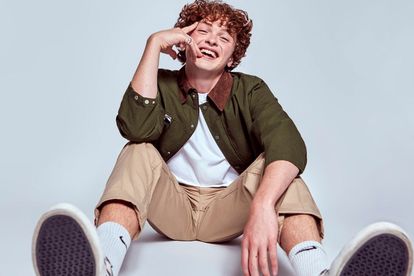 The South African caught up with Cape Town-based singer-songwriter, Will Linley. Image: Supplied

The South African caught up with Cape Town-based singer-songwriter, Will Linley. Image: Supplied

South African singer-songwriter Will Linley burst onto the local music scene with his debut single, miss me(when you’re gone) in November 2021. The 20-year-old released his follow-up single wrong time on 23 March 2022 and the track is flying high on the local music charts. The South African caught up with Linley about his two singles, navigating the music industry and his upcoming debut EP!

You’re 20 years old and you’re rocking life as a singer-songwriter… Take us through your music journey.

“It’s been such an incredible journey and I feel very grateful to be in a position like this, where I’m able to really chase this music thing because things are starting to happen. [But] very aware that this could all disappear overnight and just trying to enjoy the process as it happens and enjoy the journey as it unfolds.”

“I was brought up in a musical household and played music my whole childhood. Played the recorder, was in the choirs, played the violin, things like that…But never really thought that doing music could actually be a legitimate career.”

“I started kind of writing songs when I was 16. When I went off to university, I was like ‘okay, that was just a hobby I can’t actually do that as a career.’ When COVID hit and I suddenly had more time on my hands…That forced me to focus on the music thing because I didn’t want to study and through that, I built repertoire, built songs and started working on social media. One thing led to another and miss me was released, and now we’re here”.

You started your music career on TikTok before releasing your debut single and now you have another single out. How has navigating the music industry been for you?

“It’s been tough. But I think I’ve been really blessed with having incredible people in my corner. A team around me that’s supportive and has my best interests at heart and is focused on building longevity rather than chasing virality”.

“I think that nowadays, the music industry is very focused around a video going viral on TikTok and your song being a trend. That’s what I was very fortunate with. With miss me, it did get my song in front of people around the world which is awesome.”

Both your singles navigate the ups and downs of a relationship… Would you say you’ve been lucky or unlucky in love?

“I would say unlucky in love”.

You’ve been in Los Angeles for a long visit working on some music, is there anything you’ve missed about South Africa?

“You know where exactly where you’re going to find things in the store. Whereas here, it’s draining not knowing what is the good brand of peanut butter.”

“Also just the way of chat between South Africans and the easy-going aspect to things. I just miss conversations with South African people in general and you obviously miss your friends, you miss the ocean.”

When Will Linley isn’t making music, how does he like spending your time?

“I love being with mates. I love heading to the beach, being in the water, or every now and again, going up to the mountain…Although my family would protest that one. I do love to try and get up the mountain when I can but a lot of the time it’s just doing things with friends.”

“Whether it’s chasing a sunset or going to Clay Café or finding things to do together in Cape Town.”

“I keep bringing it back to the idea of…12-year-old Will would be very angry at 20-year-old Will if I wasn’t being positive and taking this opportunity with both hands and just trying to enjoy life as it comes.”

“There can be very tough moments throughout doing music and trying to chase things and music is a very subjective thing. The biggest thing is that I’ve got to enjoy the music I’m making and then trust that my fans and listeners around the world can enjoy it too.”

“Trying to keep a positive attitude can be difficult and I do struggle with it a lot, but for me as an individual and a person in the way that I was brought up is, to try and keep a positive outlook on things.”

“I feel incredibly grateful and blessed to be in a position like this and I’ve got to use whatever this is, to try and inject positivity and a bit of love in the world.”

What is your songwriting process?

“Every time you write a song it’s different. Sometimes you write something and you have the words first. You write a piece of a poem and then you’re like ‘oh okay this is cool’ then you take some bits and plug it there and there.”

“Oftentimes, I will have a concept in my head like miss me. I had the words ‘when I found you I found me’ and I knew I was gonna write a song about that. And then you know what your end goal is.”

“Then you get your chords, your guitar riff, your piano chords, then you go and write about that concept.”

You recently did a pop-up concert in London, how did it feel to perform your music overseas?

“That was weird! It was the most chaotic day of my life. Thinking back, I won’t ever do it like that again. I literally woke up that morning and was like ‘I wanna play a show in England’. I’ve seen some people were like ‘you’re in England!’”.

“We were very lucky to have like 20 people that pulled through I felt incredibly grateful. What I did realise is that there are a lot of South Africans in London and so, next time I go, I need to be more intentional.”

With ‘miss me (when you’re gone)’ and ‘wrong time’ doing so well, what can we expect from your debut EP?

“The biggest thing that I’m quite excited about, but also nervous about is that no song on the EP sounds the same which is like really scary for me. You can play the safe route and just do five miss me’s and the songs will do well and that’s great.”

“For me, the EP is kind of an amalgamation and a collection of different sounds, inspirations and feelings that Will Linley has been feeling over the last year and a half.”

When can we expect the debut EP?

“Sooner than you think…”