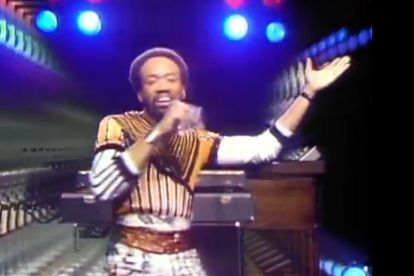 September by Earth, Wind & Fire was released nearly 43 years ago in 1978 and yet it remains one of the most recognisable songs around the world. The iconic question “Do you remember the 21st night of September” catapulted the track into becoming the legendary band’s greatest hit.

It is provocative but what does it mean? Co-songwriter Allee Willis its meaning explained to NPR, in the US.

WILLIS TELLS THE STORY OF SEPTEMBER

Willis said the story of the song began in 1978 when she was a struggling songwriter in Los Angeles. One night, the late Maurice White (1941-2016) – the frontman of Earth, Wind & Fire – called her up and offered her the chance of a lifetime – co-writing their next album.

The next day, Willis arrived in the studio and the band was working on September. They had just finished the intro and Wills described it as “…obviously the happiest-sounding song in the world” to NPR. She was eager to get to work and took a month to write the song over a progression composed by White and guitarist Al McKay.

Willis said she imagined images of clear skies and grooving under the stars but something about the lyrics bugged her. She told NPR she prefers songs that tell stories and at the time, a particular line in September was gibberish and too simplistic for her.

She was, of course, referring to the “Ba de ya” line White used in the chorus of the track. He was reportedly fond of using “made-up words” as go-to phrases in songs. Willis said she questioned whether “Ba de ya” would be changed to “real words” and even begged White to rewrite the lyric during the final vocal session. He refused.

She said the experience ended up being her greatest ever songwriting lesson: never let the lyric get in the way of the groove.

As for the “21st of September”, Willis said the band and her went through all the dates – singing from the first until they got to the 21st, which was selected simply because it sounded and felt the best.

“I constantly have people coming up to me and they get so excited to know what the significance was. And there is no significance beyond it just sang better than any of the other dates,” explained Willis. White also repeated this claim when asked to explain the significance of the date.

September was added to the Library of Congress’s National Recording Registry list of sound recordings because of its cultural and historical importance in 2018.