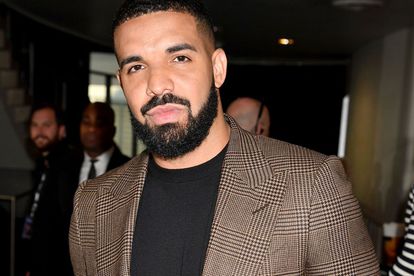 Since the release of Drake’s new album, ‘Honestly, Nevermind’, on Friday 17 June, social media has been flooded with mixed reviews about the album’s sound. Executive produced by Grammy-winning producer Black Coffee, the Canadian rapper’s new album has a dance/electronic sound.

According to Complex, Drake was at a nightclub in the United States and addressed listeners’ first impressions of the album…

SA-based songwriter Tresor collaborated with Drake on a few tracks including Currents and Down Hill.

As per Complex, Drake was captured on camera at what might’ve been his album release party for the 14-track album. The 35-year-old rapper also seemed to address the negative responses to his new album.

“It’s all good if you don’t get it yet. That’s what we do! We wait for you to catch up,” said the rapper.

“We in here though, we caught up already. On to the next. My goodness!”

US basketball player Tristan Thompson made a cameo in Drake’s Falling Back music video. Known for his out-of-the-box music video ideas, the award-winning rapper suits up and marries 23 women.

Thompson, who is also Khloe Kardashian’s partner, is Drake’s best man in the music video.

The video was directed by Director X, who also directed the musician’s Hotline Bling, Started from the Bottom and Worst Behavior music videos.