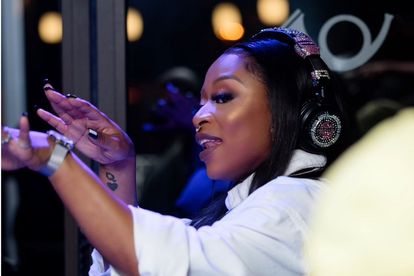 Businesswoman and mother-of-two DJ Zinhle has retained her spot on DJane’s top 20 female DJs list in Africa. DBN Gogo and Lerato Kganyago follow closely behind as number two and three. The list also featured a few other notable names including Lamiez Holworthy and Dineo Ranaka.

DJane Magazine is an online publication dedicated to celebrating female DJs around the world. According to the DJane website, the word “DJane” refers to a shorter version of “female DJ”.

“Over time, the word gained greater popularity among female DJs and in the media,” notes the publication.

DJane allows music lovers across the globe to vote for their favourite female DJs in order to compile a list of the best.

Apart from their “World” list, the publication also ranks DJs based on the continents they reside in.

Hot on DJ Zinhle’s heels is amapiano DJ, DBN Gogo who placed second on the list. DBN Gogo has had a phenomenal 2021. The Khuza Gogo hitmaker travelled the world sharing South Africa’s “sound of freedom” with other countries and released a few tracks including Possible.

In third place is Metro FM presenter Lerato Kganyago. The 39-year-old DJ took to Instagram to celebrate her achievement with her two million followers.

“Thank you to my children all OVER Africa that keep lifting me higher and higher even in my absence. MOTHER appreciates YOU.”

It is clear that South African female DJs remain supreme as they dominated DJane’s top 20 list.

Here are other female DJs that made the list!