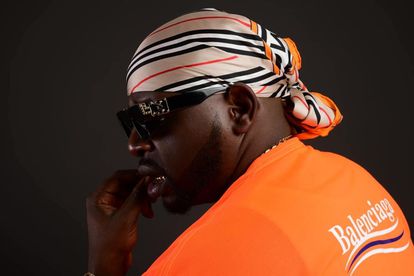 DJ Maphorisa is one of the most consistent producers in South African entertainment. The platinum-selling DJ has been responsible for some of South Africa’s biggest hits and has been named “the landlord of the South African music industry” by one of his fans.

MAPHORISA, ‘THE LANDLORD OF SA MUSIC’

Themba Sekowe aka DJ Maphorisa has worked with several local artists over the years but is widely known for his work with amapiano giant Kabza De Small.

Taking to Facebook to praise the 33-year-old DJ, a fan named Maphorisa the “landlord of the South African music industry.” The Banyana hitmaker agreed with the fan responding, “Want you guys to say it.”

The comments were filled with more praise and another fan wrote: “DJ Maphorisa, you own the land of the music industry in South Africa.”

WHICH SONGS HAS DJ MAPHORISA PRODUCED?

Besides being one of the driving forces behind the four Scorpion Kings albums, DJ Maphorisa has dabbled in several other genres that you might not be aware of.

Maphorisa has also worked with a few international stars. He produced WizKid’s In My Bed, and teamed up with Major Lazer on their 2017 hit Particula featuring Nasty C, Ice Prince, Patoranking and Jidenna.

LIVING IT UP IN DUBAI

Maphorisa was selected as one of a few local celebs to represent South Africa at the 2020 Dubai Expo. He performed at the prestigious event alongside amapiano vocalist Dali Wonga.

The star producer used the opportunity to spoil himself and bought a R1.5 million watch from the luxurious French jewellery shop, Cartier. He also dropped a few hundred thousand at Prada and Balenciaga.

This comes after he said he was getting “serious money” whilst performing in Dubai.