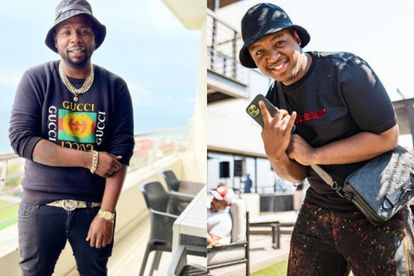 Throughout his time in the music industry, DJ Maphorisa has collaborated with an array of artists including Congolese-born musician Tresor, Wizkid, Kwesta and even Shekhinah. The amapiano giant claims that DJ Shimza only likes to make music by himself and accused him of “closing doors.”

DJ Shimza took to Instagram on Saturday 9 October to promote his upcoming music. The afrotech DJ shared a snippet of his new song titled Sold Out.

While many of Shimza’s fans showed their excitement for the upcoming song, DJ Maphorisa used the opportunity to question why the afrotech DJ prefers to work alone.

“No young upcoming nyana every time Shimza alone. Grow this afro movement uplift young talent bro please that’s why they end up hating us cause you close doors. Don’t tell me you made that beat alone. Sorry, but I had to take out my chest in front of everyone. Love you mfanaka but I can’t,” wrote Maphorisa.

SHIMZA: ‘I’M JUST NOT TOO VOCAL ABOUT IT’

Shimza responded to the 33-year-old artist explaining that the reason he started his record label Kunye records and why he hosts events, is so people can “put the face to the names.”

Maphorisa made it clear that he has to address the issue of “ghost producers” that are paid once-off fees. “I know how it feels to be left out, please change the game, make an EP with all of them, get them gigs too. Grow this sh*t,” he wrote.

Shimza passionately responded saying he is releasing EPs for the artists under the label and hosting events for them to showcase their talents.

“It’s happening, maybe not as quick as you want it to but it’s coming, I had to take a stand and create something for that same reason. I’m just not too vocal about it. We are growing and we going to keep pushing one day at a time,” wrote Shimza.

ALSO READ: Whose genre is it anyway? Shimza sparks amapiano vs gqom debate

Music fans took to Twitter to share their thoughts on the conversation between the two superstar DJs. One tweep sided with DJ Maphorisa, suggesting that Shimza should open up the industry because he has already made a name for himself as a successful artist.

Another tweep wrote: “So is Phori saying Shimza is really just a DJ and has to buy beats to front as a producer ???”