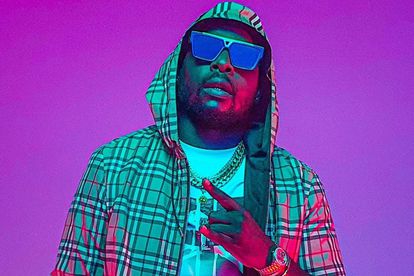 Amapiano giant DJ Maphorisa is set to make his United Kingdom (UK) debut alongside Nigerian superstar Davido and viral sensation Uncle Waffles. The three artists are set to perform at Birmingham’s Forum venue and the O2 Victoria Warehouse in Manchester. The Izolo hitmaker will also perform at the Ministry of Sound.

Amapiano travelled over 9 000 kilometers from Mzansi to the UK and is steadily on the rise in the country. The UK hosted Ama Fest in September 2021 which was the only UK festival dedicated to the South African genre.

Richie Brave, a radio presenter on BBC 1 Xtra, says there is something about South African music the UK just “gets”.

“Black communities here have a strong and established electronic music scene and catalogue. What we are seeing is a long-standing relationship growing,” he told The Face.

On 11 and 12 March, Maphorisa will be performing at Forum Birmingham and at the O2 Victoria Warehouse alongside Nigerian musician Davido and viral sensation Uncle Waffles.

Maphorisa was on the Ama Fest lineup in 2021 but tested positive for COVID-19  on the day he was set to travel to the UK.

Lira’s soulful classic, Feel Good, was released in 2006 and was on replay in many South African homes. She celebrated the 15th anniversary of the song in 2021 and teamed up with Prince Kaybee and music producer Gaba Cannal on amapiano remixes of the track.

DJ Maphorisa was the third local producer to add his unique touch to the classic hit.