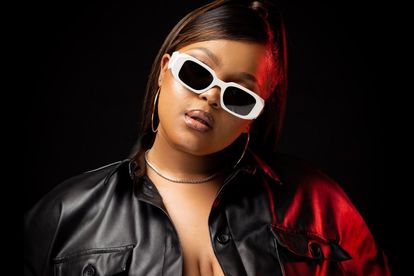 Mandisa Radebe popularly known as DBN Gogo has made waves across the country as a powerful DJ with her energy and infectious personality. The DJ is the latest artist to join Spotify’s EQUAL Music program as the EQUAL Africa artist of the month and makes history as the first South African artist to join the program.

DBN Gogo only recently began her professional DJing career and was catapulted to superstardom when her hits Dakiwe, French Kiss, and Khuza Gogo blew up the local music scene alongside her #dakiwechallenge video, which amassed over three million TikTok views alone.

‘I DO NOT NEED TO APOLOGISE FOR BEING A POWERFUL WOMAN.’

Speaking on being a part of the program, DBN Gogo said: “Being a part of Spotify’s EQUAL Music Program is a reminder that I do not need to apologise for being a powerful woman. I had a dream and realised that old ways don’t open new doors. So, I decided to make every moment count to ensure that I become everything I wanted.”

Spotify’s Head of Music in Sub Saharan Africa Phiona Okumu celebrated the popular amapiano DJ for dominating two spheres in the music industry that are traditionally driven by the opposite sex – DJing and amapiano.

“For us, putting our support behind DBN Gogo not only speaks to what we do under the EQUAL umbrella but further drives the support we have continued to show the amapiano genre since it came to the fore.”