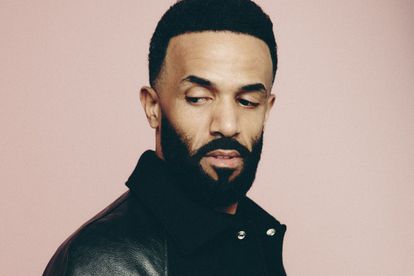 Craig David is set to perform at the Grand Arena in Grand West, Cape Town on Thursday 8 December. Image: Supplied

Craig David is set to perform at the Grand Arena in Grand West, Cape Town on Thursday 8 December. Image: Supplied

British singer-songwriter Craig David will be returning to South Africa for a one-night-only show in Cape Town. The R&B singer, best known for his singles Seven Days, Walking Away and Rendezvous, will be performing in the Mother City on Thursday 8 December.

Grammy-nominated singer Craig David has wowed the world with several chart-topping R&B hits. Over the years, he has released eight studio albums including his most recent, 22.

The 41-year-old’s popular TS5 show combines some of his old-school anthems and his fresh chart-topping house hits. David has taken the show from the famous Pyramid Stage at Glastonbury and has sold out several nights at the O2 arena in London.

Craig David will be bringing his TS5 show to Cape Town on 8 December. The singer will be performing his one-night-only show at the Grand Arena in Grand West, Cape Town.

“We are so excited to bring this event to Cape Town,” said AMP Events founder Andy Mac.

“Craig David presents TS5 is the perfect Cape Town Summer Party. A premium live event with Craig performing all the hits you’ve come to love him for.”

The talented singer will be sharing the stage with Cape Town’s Carl Wastie, Suga and Chad Saaiman.

WHEN DO TICKETS GO ON SALE?

Tickets for Craig David’s TS5 show are set to go on sale on Tuesday 4 October. Tickets start from R295 each.

“Craig David is one of the most-loved UK artists and we know the love for Craig runs deep in Cape Town. His hits play regularly across all major radio stations here and there’s a lot of love for his SA fans,” said Front Row Concerts’ Ian Bredenkamp.