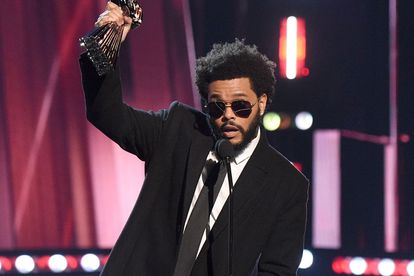 The Weeknd is reportedly threatening to pull out of Coachella for this reason… Image via Getty Images Photographer: Kevin Mazur

The Weeknd is reportedly threatening to pull out of Coachella for this reason… Image via Getty Images Photographer: Kevin Mazur

Swedish House Mafia and The Weeknd will replace Grammy award-winning rapper Kanye West as a Coachella headliner on Sunday 17 April and Sunday 24 April. While festival-goers are excited for the Moth to a Flame collaborators to hit the stage, The Weekend says he will not perform unless he receives Kanye West’s R124 million paycheck.

WHY DID KANYE WEST PULL OUT?

Kanye West was set to perform at Coachella but pulled out on Monday 4 April. As per Page Six, the star rapper pulled out because he “wants to get help”. This comes after he attacked his ex-wife Kim Kardashian and her new beau Pete Davidson on Instagram.

West planned to bring close friend and collaborator Travis Scott on stage with him but the publication reported that Scott has been keeping a low profile due to the Astroworld tragedy which left 10 people dead.

The Goosebumps hitmaker’s Coachella appearance with Ye was set to be his “big return” to the stage.

“The Weeknd came in at short notice to take Kanye’s top spot. But Phil Anschutz (who owns Coachella) wanted to hold on to Kanye’s money and pay The Weeknd far less, just a few million. The festival would pocket the rest,” said the source.

“Even after Coachella announced the new lineup on Wednesday, a deal wasn’t in place for The Weeknd who threatened to pull out at an hour’s notice if he didn’t get the same deal as Kanye.”

Taking to Twitter to share their thoughts on The Weeknd threatening to pull out of Coachella, one tweep felt the amount a headliner gets paid should be “standard”.

“He literally had the biggest billboard hit of all time last year. There is no entitlement you would expect a raise if you do the same amount of work if not more than you counterpart,” added the tweep.

“Give Abel his bag. I know there’s the argument that Ye is the “bigger artist” but right now The Weeknd is on top of the world,” wrote another tweep.

“Like him or not… Kanye definitely earned his pay. He’s been around longer. All his albums are like smashing in the US.”