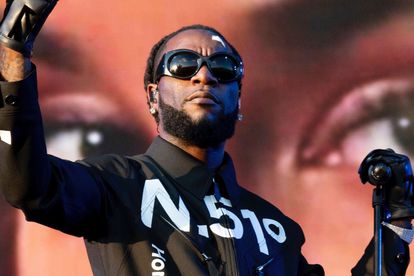 Following the release of his Grammy-winning album Twice as Tall in 2020, Burna Boy is gearing up for the release of his sixth studio album, Love, Damini on Friday 9 July. The 19-track album has a star-studded feature list and is set to feature Mzansi’s award-winning choral group, Ladysmith Black Mambazo.

Burna Boy announced the release of Love, Damini at his historic Madison Square Garden performance in New York on 28 April. The afrobeats star became the first Nigerian artist to sell out the venue and performed some of his popular hits including Ye, Collateral Damage and On the Low.

Taking to Twitter on 30 April, the 31-year-old muso described Love, Damini as a “personal body of work”.

“It’s about the ups and downs, the growth, the L’s and W’s. I’m excited to share this journey and roll out with you all,” wrote Burna Boy.

The Nigerian star took to Twitter on 3 July to share the Love, Damini tracklist with his six million followers. The 19-track album is set to include tracks with UK rapper J. Hus, Jamaican muso Popcaan and US R&B stars Kehlani and Khalid.

Other features include Ed Sheeran, J Balvin and Mzansi’s Ladysmith Black Mambazo. The choral group is set to feature on intro and outro tracks, Glory and Love, Damini.

Burna Boy has already given fans a taste of what to expect from Love, Damini after he released Last Last on 12 May.

TWEEPS ARE EXCITED FOR ‘LOVE DAMINI’

“Burna Boy is diferent from your regular artist, he has no equivalent, he’s on[a] league of his own. In 8 days, he’s bringing a different vibe to own the summer with Love, Damini and we all can’t wait to feast.”