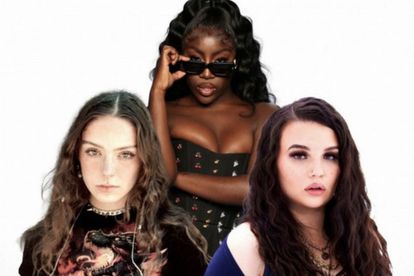 Lola Young, Bree Runway and Holly Humberstone have been shortlisted for the 2022 BRITs rising star prize.

Lola Young, Bree Runway and Holly Humberstone have been shortlisted for the 2022 BRITs rising star prize.

Holly Humberstone, Bree Runway and Lola Young have been shortlisted for the 2022 BRITs Rising Star prize.

The trio will go head-to-head to be handed the accolade at the BRIT Awards 2022 with Mastercard on 8 February at The O2 arena in London.

ALSO READ: ‘We did not expect to win’: Q Twins shine bright at SATMA Awards [listen]

HOLLY HUMBERSTONE HAPPY TO BE SHORTLISTED FOR AWARD

“Music has always been my entire life, and being nominated for such a prestigious award really means everything to me. Recognition from the BRITs is something I am struggling to comprehend at the moment! it’s truly an honour to be nominated for the BRITs Rising Star Award alongside two other incredibly inspiring female artists.”

The Walls Are Way Too Thin singer signed a record deal with Interscope and Polydor Records earlier this year and her debut EP of the same name was released earlier this month to acclaim.

BREE RUNWAY HONOURED TO BE RECOGNISED BY BRITS AWARDS

Rapper Bree Runway, 29, who can count Missy Elliott and Rihanna as fans, said:

“I feel so honoured to be recognised by the BRITs in this way, it’s all so exciting especially as previous nominees have gone on to do such amazing things, I hope I’m struck by that same luck. Attending the BRITs alone has been something I’ve wanted to do for years, but attending as a Rising Star nominee is a DREAM.”

And Lola, 21, who was chosen to perform this year’s festive John Lewis advert with her breathtaking rendition of Philip Oakley and Giorgio Moroder’s Together in Electric Dreams, added:

LOLA YOUNG DID NOT EXPECT TO BE NOMINATED FOR BRITS AWARD

The 2021 winner was 20-year-old Griff, who is best known for her hit single Black Hole.

‘THE BRITS ARE COMING’

The rest of the nominations will be unveiled on December 18 on the ITV special The BRITs Are Coming.

Clara Amfo and Maya Jama are set to co-host the televised show on ITV, where the shortlist for the 2022 ceremony will be unveiled. Anne-Marie, Joel Corry and Mabel, Glass Animals and Mimi Webb are set to perform.

The BRITs will launch new awards for Artist of the Year and International Artist of the Year, celebrating musicians solely for their music and work, rather than how they choose to identify or as others may see them. Four new genre awards are also being introduced, all of which will be decided by a public vote.