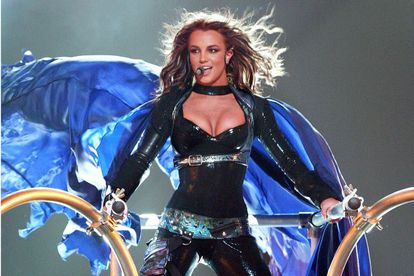 Britney Spears teased her upcoming song ‘Get Naked’ while showing off her hot bod. Image via Twitter @Zer0toHero

Britney Spears teased her upcoming song ‘Get Naked’ while showing off her hot bod. Image via Twitter @Zer0toHero

Nearly two years after the release of her single Swimming in the Stars, Britney Spears is ready to get back onto the music scene. The award-winning singer teased her upcoming single Get Naked on her Instagram page while flaunting her hot bod in the dance studio.

On Wednesday 9 February, Britney Spears teased her upcoming single Get Naked on Instagram. Although she boldly expresses herself on Instagram often, she has not said much about new music.

The 40-year-old musician danced to Get Naked while showing off her hot bod in a pair of high heels.

Her caption read: “This is 13 seconds of me in heels before I dyed my hair purple. This is a tease of what’s to come! My song Get Naked. Hope you guys are having a great day!”

Taking to Twitter, many of Britney’s fans shared their excitement after hearing the Get Naked teaser.

“It makes me so happy to see Britney Spears excited to put new music out into the world now that she’s free,” wrote one tweep.

“I can’t wait for Britney Spears to release this new music,” wrote another tweep.

ALSO READ: Ann-Marie praised for ‘soldiering on’ after tumble at BRIT Awards [watch]

The popstar’s ninth album, Glory was officially released on 26 August 2016. The album debuted at number three on the United States Billboard 200 charts and at number two on the United Kingdom charts. The album became her highest-charting album in the UK and her tenth top 10.

Her single Swimming in the Stars was left out of Glory but was officially released on 2 December.

LISTEN TO SWIMMING IN THE STARS HERE