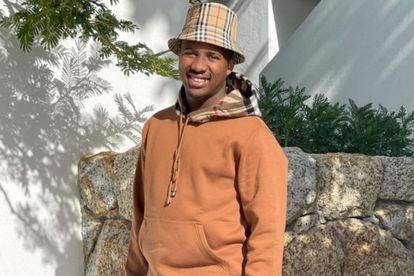 Popular nightclub Konka Soweto hosted Royal AM owner Shaun “MaMkhize” Mkhize’s son,  Andile Mpisane, on Sunday 6 February for a send-off party ahead of his Legendz of the Streetz performance later this month.

Mpisane is set to jet off to Miami to open the much-anticipated event for the likes of Rick Ross, Jeezy and Gucci Mane on Saturday 12 February.

The 20-year-old Royal AM chairman’s Konka performance however did not impress the crowd.

ALSO READ: Andile Mpisane swaps a mic for some football boots and a ball [watch]

Andile Mpisane’s Konka send-off party was one for the books. On the same evening, Cassper Nyovest officially launched his Billiato premium alcohol brand and shared that Mpisane and “bestie” Shaun Stylist bought 20 bottles of the liquor.

“We ended up having to buy from them cause Konka didn’t have stock anymore,” wrote Cassper.

Mpisane and his entourage also bought bottles of champagne and even showed off his dance moves next to Cassper.

Ahead of his Legendz of the Streetz tour performance, Mpisane gave Konka a taste of what he’ll be dishing out in Miami. Although Mpisane gave a high-energy performance, it seems no one at Konka was interested in his tunes.

LEGENDZ OF THE STREETZ TOUR

Andile Mpisane is set to be the opening act at the Legendz of the Streetz tour in Miami this weekend.

Sharing the exciting news on Instagram last week, Mpisane wrote: “This moment and opportunity is beyond my imagination.”

NJ Ayuk: Tips for the Next Generation of African Entrepreneurs

Cape Town beach closure due to sewage on the shore

‘No more load shedding’: Cassper and other stars who went solar