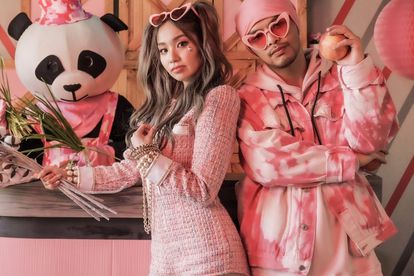 With more than 30 million YouTube views, the song Fragile has done something previously unthinkable — become a commercial success while sending up China’s authoritarian leaders.

In the Mandopop industry, poking Beijing can end careers. But Malaysian rapper Namewee and Australian singer Kimberley Chen have bucked that trend.

But across much of Asia and the global Chinese diaspora, the song struck a chord.

“It’s an incredibly clever song, the tune is catchy, and the performance is spot on,” DJ Hatfield, an associate professor at the Graduate Institute of Musicology at National Taiwan University in Taipei, told AFP.

“As for blacklisting, often censorship is the best advertisement.”

To the uninitiated, Fragile sounds like any other saccharine ballad. But even before the music starts the politics are made clear with a warning:

“Please be cautious if you are fragile pink.”

The phrase is a reference to “little pinks” – a term for China’s online army of nationalist commenters, who go in to bat against any perceived slight.

The music video’s set is awash with pink, including the clothes Namewee and Chen wear as well as a giant panda – a clear reference to China — dancing in pink camouflage overalls.

The catchy chorus meanwhile centres around apologising to someone who is fragile and cannot take criticism.

At one point in the song, Namewee wrestles with the giant panda in an empty pink swimming pool while singing the line “You say NMSL to me when you get angry”.

For anyone observing online tussles between China’s nationalists and their latest target, the phrase NMSL is ubiquitous.

It stands for “ni ma si le” — or in simple English “your mum is dead” — and is often left in online comments.

Last year a flame war erupted between Chinese and Thai netizens over a Thai celebrity’s comments about the coronavirus.

Thai internet users started to subvert the phrase, creating a host of viral memes that portrayed China’s nationalists as automatons who instantly type “NMSL” whenever they spot something online they disagree with.

While the main target of the song is China’s nationalist netizens, President Xi Jinping is not spared.

He has long been satirised as looking like the children’s book character Winnie the Pooh – China’s censors often remove online references to the character.

4. THE USE OF APPLES AND PINEAPPLES ON ‘FRAGILE’

At one point Namewee raps how the subject of his song “swallows the apple, cuts off the pineapple.”

The first is seen as a reference to Hong Kong’s Apple Daily newspaper, a pro-democracy tabloid that collapsed after its assets were frozen and multiple executives detained under national security law.

The second fruit refers to China’s recent decision to ban imports of pineapples from Taiwan, the self-ruled island which Beijing claims and has vowed to one day seize.

Taipei said the surprise decision, just as the harvest loomed, was a pressure tactic by China – although the ban backfired as Taiwanese and Japanese consumers snapped up the surplus fruits.

Namewee and Chen are both currently based in Taiwan.

As that lyric is sung, the giant panda offers Namewee a steaming pot of soup with a cuddly bat stuffed toy inside, in a clear reference to the idea – widely debunked – that bat soup started the coronavirus.

The origin of the coronavirus remains unclear and the World Health Organization says it has been harder to pin down because of China’s official opacity.

But the “bat soup” trope has also often been weaponised against both mainland Chinese and many Asian communities living overseas during this pandemic amid a surge of racist attacks and insults.

That element was one of many seized on by China’s state media as it announced the blacklisting of Namewee and Chen.

“The malicious song was released to the displeasure of Chinese netizens and soon led to the delisting of the two artists,” China’s state-run tabloid the Global Times wrote three days after the song’s release.