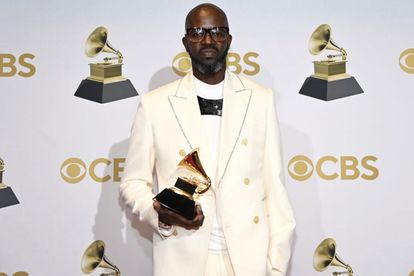 Dressed in a casual T-shirt, no one would have guessed he was destined for global glory. Beneath strobe lights, bathed in throbbing house music, clashing voices and perspiration, he could have been just like any other struggling deejay on the make.

But he seemed impervious to the spectral faces, shapes and vapours swirling across the ceiling, walls and floors.

THE ‘COOL’ TOUCH OF BLACK COFFEE

In the middle of the Pretoria club, Black Coffee manned his throne in a scene where everything hangs in the balance between absolute elation and dissolution.

Black Coffee isn’t very demonstrative behind the decks. He maintains a cool demeanour – but the entire dance floor is going nuts.

At the 64th Grammy Awards, he lifted a golden statue for Best Dance/Electronic Album for his sixth studio album Subconsciously (2021).

Over the years, he kept grinding but there was seldom anything sweaty or grunty about his music. His tracks were paired with a unique range of vocalists and musicians – from Drake to Thandiswa Mazwai.

He steadily pursued sophisticated sounds and grooves as frenetic waves of house music sub-genres – kwaito, gqom, amapiano – swept in and out of vogue.

BLACK COFFEE ‘PEAKED ARTISTICALLY MORE THAN A DECADE AGO’

There is very little, for instance, that connects him with gqom, a genre associated with Durban, his adopted home city.

Gqom has a predilection for raw, heavy drum beats and hectic, unhinged grooves. Just as little connects him to amapiano, a jazzy, bluesy, synth-laden house music sub-genre reputed to have been hatched in the townships of Pretoria (though quite different from Bacardi, an earlier house sub-genre also birthed in Pretoria).

Instead, Black Coffee’s label, Soulistic, became a base for house music stars Culoe De Song, DJ Shimza, Bucie and others.

Ironically, Black Coffee peaked artistically more than a decade ago when he was the wave of the moment.

While house music is still popular, he can no longer be regarded as the flavour of the season.

Amapiano has got everyone hot, bothered and fleet-footed. But the Grammy selection committees are still too far behind to listen.

BLACK COFFEE IS A DEEJAY’S DEEJAY

Since he became an established global name, Black Coffee always comes across as a deejay’s deejay; a knighted name for the art and craft of the deck.

His music doesn’t drip with bodily emissions or call undue attention to itself other than daintily seeping with the moistness of dew into the most silent recesses of the soul.

This is precisely why he is largely an acquired taste in many parts of Africa. However, there is evidently a great deal of courage, consistency and conviction in his craft which has paid off handsomely.

House music was welcomed by South African youth on the cusp of political liberation. Somehow it chimed with their longings for freedom, emotional release and creative experimentation.

They had no existing rule book and dance music provided them with a powerful imaginative blueprint that supported their understandable optimism.

While South Africa and the rest of the continent were always a bit behind the curve in loving him, Coffee wooed large swathes of Europe, beginning with the Ibiza party scene in Spain.

THE TURBULENT MASCULINITY OF BLACK COFFEE

Back in South Africa, Black Coffee has courted controversy. In a video that went viral in 2016, he is seen violently slapping a fellow artist’s manager at a concert in Polokwane. He apologised.

A few years later came a very public and ugly break up of his marriage to actress and fashion designer Enhle Mbali Mlotshwa amid her allegations of physical abuse and infidelity. He denied these.

Issues have also arisen regarding the rights to certain songs that he samples on his tracks. There was some misunderstanding, for instance, regarding his re-mix of Simphiwe Dana’s Ndiredi.

To some South Africans, Black Coffee represents the misshapen heart of masculinity in contemporary South Africa; apparently violent and seemingly arrogant in the face of his ex-wife’s allegations.

The country finds itself in the grip of a scourge of gender-based violence. It’s perhaps curious that such soothing sounds emanate from a figure who appears so turbulent.

But for many others, Black Coffee has emerged almost as spotless as the white blazer he wore to the Grammy ceremony.

Even before the Grammy nod, he had been richly garlanded with awards and recognition internationally. Obviously, all of this was accomplished by finding an inner drumbeat and sticking to his own lane.

In times of incredible entertainment industry frenzy, tasteless egotism, self-aggrandisement and rife plagiarism, Black Coffee grasped his moments of victory with what seemed a casual understatedness.

Within the public eye, he cuts a picture of refined style and poise.

Arguably, Black Coffee’s tunes are girded by a quest for sublimity. They seem to seek an essence of humanity that is hard to find or appreciate if you don’t cherish the meaning and uses of silence.

This is what make his sounds so distinctive amid the congested gathering of current producers and beat-makers. Silence can be applied interchangeably with lightness, another intrinsic characteristic of his productions.

Yet, ultimately, there is a slight sense of disconnect in Black Coffee’s Grammy win; this is a graphic example of winning the world and losing the home; the amapiano wave is cascading crescendo by crescendo, beat by beat, country by country, and Black Coffee isn’t a part of it.

Search on for security guards who disappeared mysteriously

Zungu: Why I chose to go back to Sundowns!