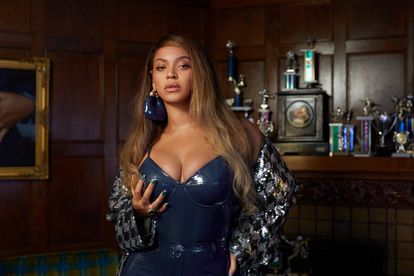 Beyoncé’ is set to release her upcoming album on 29 July. Image via Twitter @BeyLegion

Beyoncé’ is set to release her upcoming album on 29 July. Image via Twitter @BeyLegion

Is Christmas coming early? Beyoncé fans might have reason to believe that a new album is on the way. American singer-songwriter Leon Bridges sparked rumours that Queen Bey could be releasing a new album soon. The soul singer shared a conversation with a friend from a vinyl company who claims Beyoncé was looking for vinyl options for her new album.

NEW QUEEN BEY ON THE WAY?

According to a conversation between Leon Bridges and an unnamed close friend, new music from Beyoncé could be on the way soon. Bridges’ close friend claims Queen Bey wanted to see different vinyl options. The friend showed Beyoncé Leon Bridges’ Gold Diggers Sound album and was blown away.

“I brought Gold Diggers Sound and she immediately unwrapped it – was ooooing & awwing about the gold and how fly you looked.”

“Then Jay Z walks in – she shows him and both of them ogled over what a G you are now. It was glorious to behold. Just wanted to pass that along,” he wrote.

While one would expect fans to be excited about the news, many are wondering why Leon Bridges decided to share the private conversation.

One tweep wrote: “WHYYY would you share this???? We are never getting this album omg.”

Another tweep wrote: “This was literally a moment that did not need to be shared with the internet.”

“Lord please let her still release this album. She gettiing a lil loose with these NDA’s ain’t it.”

Beyoncé’s new track for the King Richard film, Be Alive starring Will Smith has been nominated for a Critics Choice Award. She is up for Best Original Song next to her husband and fellow musician Jay-Z for his contribution to The Harder They Fall.

King Richard follows the journey of Richard Williams and his determination to make his daughters Venus and Serena Williams tennis stars.

LISTEN TO ‘BE ALIVE’ HERE