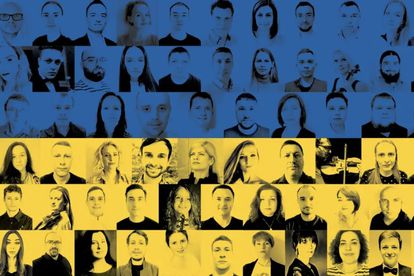 The Ukrainian Freedom Orchestra will play in London’s Royal Albert Hall on 31 July as part of the eight-week BBC Proms festival. Image via Twitter @EdwardHMO

The Ukrainian Freedom Orchestra will play in London’s Royal Albert Hall on 31 July as part of the eight-week BBC Proms festival. Image via Twitter @EdwardHMO

A newly formed orchestra comprising Ukrainian musicians from across Europe will feature as the world’s biggest classical music festival which resumes in full after the COVID pandemic, the BBC said on Tuesday.

The Ukrainian Freedom Orchestra will play in London’s Royal Albert Hall on 31 July as part of the eight-week BBC Proms festival, which was heavily curtailed in the past two years, the broadcaster said.

The televised performance will be part of the orchestra’s debut tour of Europe and the United States, after it was formed with musicians who are now war refugees, as well as Ukrainian members of European orchestras.

“This tour is an expression of love for their homeland, and to honour those who have died and have suffered so much,” Wilson said.

The Ukrainian orchestra was added to the Proms line-up “at the 11th hour” to celebrate “the power of music to cross divides”, festival director David Pickard said.

RUSSIANS CAN PERFORM AT THE BBC PROMS FESTIVAL

Russian musicians can perform as long as they are not on record as supporting President Vladimir Putin’s invasion of Ukraine, he said.

“I think if there were somebody to express those views, to be putting it bluntly, there would be no place for them at the Proms.”

Pickard added that being able to plan a full Proms season was “fantastic for us all” after an “immensely challenging” period during the pandemic.

The season starts on 15 July with 84 concerts featuring more than 3 000 musicians, the BBC said.

BBC PROMS FESTIVAL CAME UNDER ATTACK FOR AXING THE SINGING

The first-ever “gaming Prom” will trace the sounds of video games from the 1980s to today, including a premiere from Icelandic composer Hildur Gudnadottir, whose score to the film Joker won an Oscar in 2020.

The last night of the Proms in September traditionally climaxes with full-throated renditions of British patriotic anthems.

The BBC reversed a decision in 2020 to axe the singing after coming under fierce attack from the Conservative government and right-wing press.

Chicken and vegetable egg-fried rice: The leftover crisis is over rice