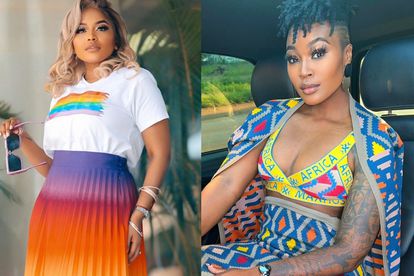 The inaugural Basadi in Music Awards took place on Saturday 15 October at the Gallagher Convention Centre in Midrand, Gauteng. The lavish affair was hosted by local hip-hop star Nomuzi Mabena and Anele Zondo. Radio DJs Lamiez Holworthy and Lerato Kganyago dominated the awards with two wins each. Guests were treated to performances from amapiano star Kamo Mphela, Makhadzi, Nadia Nakai and several others.

Although the Basadi in Music Awards nominations were dominated by amapiano artists, Lamiez Holworthy and Lerato Kganyago shone bright at the Gallagher Convention Centre on 15 October.

Taking to Instagram to celebrate her award, Kganyago wrote: “I have never doubted your love and support! Thank you all for voting me Radio Personality of the Year! Basadi in Music, thank you for allowing me to soar!!! We won! Mama, I have another award.”