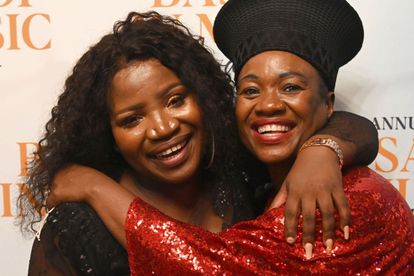 The Basadi in Music Awards were founded by HM Entertainment Chief Executive Officer Hloni Modise, to honour women in the music industry. Speaking to SowetanLive, Modise said the Awards are in no way a “girls club” and they are not trying to “pitch women against men”.

The Awards were officially launched at a star-studded event on Tuesday 8 March at the Joburg Theatre in Braamfontein, Johannesburg.

WHERE IT ALL BEGAN FOR THE BASADI IN MUSIC AWARDS

Hloni Modise told SowetanLive that the Basadi in Music Awards has always been a dream of hers.

“I was inspired to launch such a ceremony after speaking to so many women who felt demoralised by the fact that not only is the industry dominated by men, but the constant fight that women still need to put up in order to be recognised within the industry.”

“The Awards then became that answer to the plight of recognition, to highlight the work that women continue to do on and offstage,” added Modise.

WHY THE BASADI IN MUSIC AWARDS ARE SPECIAL

The entrepreneur and PR specialist also told the publication that there will be other platforms introduced through the Awards.

“Like the masterclasses that will be staged weeks prior to the actual ceremony, where we want established artists to come teach the younger ones how to turn their talents into a business.”

“Basadi in Music goes beyond just the music and will be a community for women in music and those that aspire to get into the music,” said Modise.

The Basadi in Music Awards was officially launched on Tuesday 8 March at a star-studded event in Johannesburg.