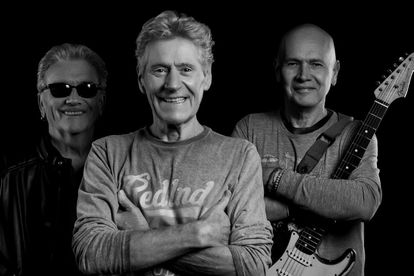 Legendary rock band Ballyhoo will be serenading fans at The Maslow in Sandton on Sunday 5 June. Image: Supplied

Legendary rock band Ballyhoo will be serenading fans at The Maslow in Sandton on Sunday 5 June. Image: Supplied

Legendary South African band Ballyhoo needs no introduction with their iconic hit Man on the Moon which topped local music charts for 19 weeks. On Sunday 5 June, Ballyhoo will be returning to the city where they formed in 1974, Johannesburg, to serenade picnic-goers at The Maslow in Sandton, Johannesburg.

The legendary three-man band, made up of Fergie Ferguson, Derrick Dryan and Ralph Martin, originated in Ireland, but they are a South African band.

Together, they dominated the music scene in the 1970s and 1980s before the addition of Ralph Martin, who was part of the Man on the Moon era in the 70s.

The band has five studio albums including their iconic self-titled album which was released in 1976.

LISTEN TO ‘MAN ON THE MOON’ HERE

BALLYHOO TO PERFORM AT THE MASLOW IN SANTON

The Maslow Hotel in Sandton is one of Johannesburg’s most popular and most luxurious four-star hotels. The hotel, situated a few minutes from the Sandon City Mall and Nelson Mandela Square, will be the perfect backdrop for Ballyhoo to serenade their fans while they enjoy a gourmet picnic on a lazy Sunday afternoon.

The band will be performing iconic hits like Man on the Moon and new material like Gotta Have A Little on Sunday 5 June.

Tickets to see Ballyhoo perform are R445 and include a picnic hamper. Drinks are to be purchased separately.

Those interested in making it a Ballyhoo weekend can purchase a hotel at R850 per night, with an optional breakfast option at R190.

‘I didn’t sleep with the president’: ‘DiepCity’ star Tebogo Thobejane