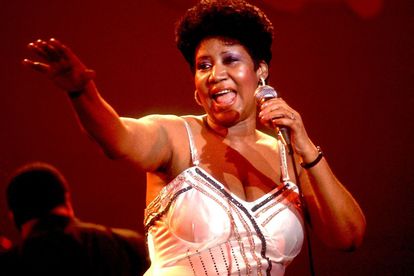 Over the years, American singer-songwriter Aretha Franklin rose to become one of the world’s brightest talents. The late Respect hitmaker has paved the way for a new generation of singers and her granddaughter is one of them! Franklin’s granddaughter, Grace, auditioned for the 20th season of American Idol and she blew the judges away with her grandmother’s classic hit, Ain’t No Way.

Sadly for Grace, she did not make it through to the next round of the competition.

The 20th season of American Idol premiered on Sunday 27 February. This season of the competition singing show sees television presenter Ryan Seacrest return as the host while Katy Perry, Luke Bryan and Lionel Richie take up their seats in the judge’s chairs.

“Their support is a gift to our contestants that have deeply benefited from their wisdom over the past four seasons – and they’re ready to do it again.”

Mills also described his season of American Idol as “momentous”.

When she entered the audition room, Grace simply introduced herself as a 15-year-old girl from Detroit, Michigan. She also told the judges that she was Aretha Franklin’s granddaughter.

“I was really close with my grandma. I got to see her all the time, I used to travel with her a lot.”

“I don’t think I can fully grasp the fact that she was known worldwide because to me she was always just ‘grandma,’” said Grace.

Grace first sang Lauryn Hill’s rendition of Killing Me Softly before blowing the judges away with her grandmother’s classic 1968 hit Ain’t No Way.

WHAT THE JUDGES THOUGHT

Country music star Luke Bryan voted against sending Grace to the next round. Katy Perry complimented the 15-year-old singer saying she had “sparkle” and “stardust”. The Firework hitmaker voted “yes”.

Before he voted, Lionel Ritchie said: “If you go and come back and put the shyness behind you and the voice in front of you, you are going to be something amazing. I don’t wanna be the one to make you tip over and fall at this infant stage.”

Lionel Richie seconded Luke Bryan’s vote and said: “It’s going to be a no from me this time, but an optimistic ‘come back and see us.’”