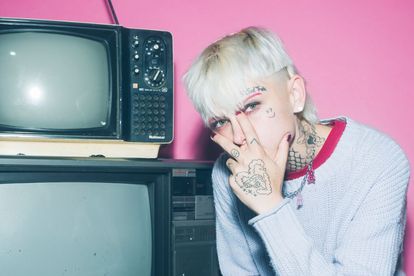 Angie oeh, an Afrikaans mumble rapper from Pretoria is rising in the local music industry as one to watch. Her debut EP, Sex in Afrikaans, was released on Friday 20 May and shows just what Angie’s all about!

ALSO READ: Get ready for classics! Kurt Darren to perform in heart of Limpopo [watch]

Angie oeh started out by recording her break-out single, Dis Jou Wyfie on her beat-up Samsung phone in her closet at her Pretoria home. She could not afford a computer at first, so she recorded all of her beats and vocals on her cellphone.

The mumble rapper closed off 2021 with the release of Dis Jou Wyfie which led to a remix and a collaboration with Afrikaans rapper, Loufi.

Soon after she was pulled from her bedroom, Angie oeh opened for rock giants Fokofpolisiekar for her first show ever. Since then, she has been playing regular shows and has collaborated with Jack Parow on Meisies & Partyjies.

Angie oeh is taking the local music scene by storm with her debut EP release, Sex in Afrikaans. The Afrikaans rapper said the five-track EP is inspired by transgression, frustration and sex.

“I am creating music that aggravates [and]  provokes conversation. It is an in-your-face zapp to sexism, homophobia, gender-based violence and inequality,” she added.

“This album is an ode to women, t*tties and most of all, to dance. Let’s show them how we revolt in Afrikaans.”

The first song on the EP is Big Booty B*tch and was produced by Peach Van Pletzen.

Taking to Instagram on 20 May, Angie oeh thanked those who made the release of her EP possible, adding that she’ll be celebrating at Fokofbar in Pretoria.

She specially thanked Peach Van Pletzen for supporting her in the studio whilst recording music.

Lotto winner bought R25.5 million ticket at Pick n Pay – and is telling no one!

Have you seen them? Search still on for highly DANGEROUS inmates who escaped

‘Not shocked’: ‘Imbewu: The Seed’ viewers react to cancellation

Newspaper front pages from around the world, 26 January 2023