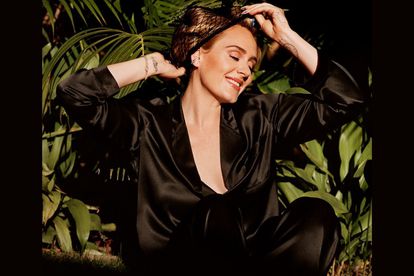 The Queen of Heartbreak is back on the music scene and she is set to release her new album soon! Adele took to social media last week to tease her upcoming single Easy On Me that is set to be released on Friday 15 October. As the anticipation builds, the Grammy award-winning singer shared what fans should look forward to on her new album.

ALSO READ: ‘Easy on Me’: Adele teases new single and SA has its own ’30’ billboard!

Adele left her fans in stitches when she answered rapid-fire questions on an Instagram live video (which was reportedly her first-ever live video). One fan asked the 33-year-old musician what the album was about and she energetically responded: “divorce babe, divorce!”

While Adele’s album is obviously about divorce she expanded on it in her Vogue interview. She shared that after her divorce from charity CEO Simon Konecki, she used the album as a way to explain things to her eight-year-old son Angelo.

“He has so many simple questions for me that I can’t answer because I don’t know the answer. Like, ‘Why can’t we still live together?’ That’s just not what people do when they get divorced. ‘But why not?’ I’m like, ‘I don’t f*cking know.’”

‘THIS IS MY ALBUM’

When asked if she revisited any iconic divorce albums, she responded by saying that she didn’t know she was making a divorce album. The Turning Tables songstress also shared that her new album is sensitive for her.

“I always say that 21 doesn’t belong to me anymore. Everyone else took it into their hearts so much. I’m not letting go of this one. This is my album. I want to share myself with everyone, but I don’t think I’ll ever let this one go.”

Adele shared that Marvin Gaye’s 1971 album What’s Going On was a “very big reference” on the album. She also incorporated voice notes from American rapper Tyler, the Creator and British rapper Skepta.

“I thought it might be a nice touch, seeing as everyone’s been at my door for the last 10 years, as a fan, to be like, ‘Would you like to come in?’”

ALSO READ: Adele reveals how she lost 45kgs, without even trying [photos]

ADELE’S FORTHCOMING SINGLE ‘EASY ON ME’

Although there has been speculation that her new album will be titled 30, Adele did not confirm anything. She released a teaser for her new singe Easy On Me which according to her Vogue interview, is the first song on the album.

The lyrics for the Easy On Me chorus read: “Go easy on me baby. I was still a child. Didn’t get the chance to, feel the world around me.”

The single is set to be released on Friday 15 October.

ALSO READ: Wining down: Adele is raining in her booze intake ahead of her comeback

WATCH THE TEASER FOR ‘EASY ON ME’ HERE