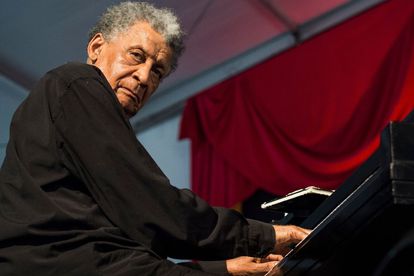 Some of the world’s best musicians have all performed on the National Public Radio’s (NPR) Tiny Desk Concert. Grammy award-winning artists Alicia Keys, Adele, HER and John Legend have all serenaded audiences with their exceptional musical talents.

Abdullah Ibrahim has risen to become one of South Africa’s most respected pianists. Ibrahim, who also found success under the stage name Doller Brand, has worked with some of the brightest musicians in the world.

The 87-year-old has worked with the likes of Hugh Masekela, Jonas Gwangwa, Duke Ellington and Max Roach. The phenomenal pianist has performed at stunning venues around the world including Carnegie Hall in New York.

Released in 1974, Ibrahim’s 13-minute song Mannenberg quickly became one of his most popular tracks.

Mannenberg was described as “an anthem for the freedom struggle in the dying decades of apartheid.”

Abdullah Ibrahim performed on NPR’s Tiny Desk on Wednesday 9 March. Ibrahim’s concert took place at his home in Chiemgau, Germany and was described by Bob Boilen as “less a concert” and “more witnessing a master thoughtfully creating an atmosphere, a vibe”.

Ibrahim performed three songs from his latest album, Solotude, which was released in November 2021.

The world-renowned pianist performed Blue Bolero, Signal On The Hill and Once Upon A Midnight.

Taking to Twitter, many have praised Abdullah Ibrahim for his beautiful Tiny Desk performance.

One tweep wrote: “Seeing him perform at home is too great for words.”

“I’m so happy to see him perform in such a long time. It’s captivating.”