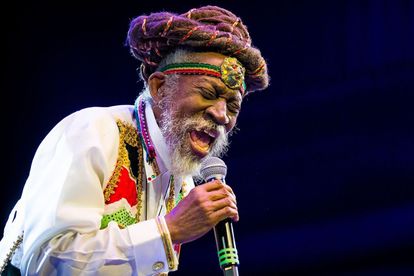 Bunny Wailer is one of the 13 voices the world lost in 2021. Image via Twitter @johnkaranijk

Bunny Wailer is one of the 13 voices the world lost in 2021. Image via Twitter @johnkaranijk

Although 2021 was an exceptional year for music, we did lose a few great voices in the industry. South Africa said goodbye to two jazz legends that filled our homes with impeccable tunes. The musical theatre industry lost one of its greatest contributors, Stephen Sondheim, while the pop genre said goodbye to incredible talent, Sophie.

Here is a tribute to all the incredible voices we lost in 2021.

Jazz musician Steve Kekava lost his sight at five years old but that did not stop him from becoming one of the biggest musicians in the country. Kekana worked with the likes of Nana Coyote, Sipho “Hotstix” Mabuse and Joe Nina.

Tony award-winning composer Stephen Sondheim is popularly known for writing the lyrics for West Side Story in 1957 and Gypsy in 1959. He is remembered for his extraordinary contributions to musical theatre.

American rapper Young Dolph worked with some of the biggest hip-hop stars in the world including OT Genesis, Gucci Mane and Young Thug. The rap star was in his prime at the time of his death.

Lee “Scratch” Perry is one of the few pioneers of the reggae genre. The Jamaican singer and producer released 15 albums solo and with his band The Upsetters. He is remembered for his instantly recognisable sound and colourful personality.

Theuns Jordaan has been described as a “monument for Afrikaans music” in South Africa. Jordaan had an extraordinary voice and was an inspiration to several Afrikaans musicians including Juanita du Plessis.

DMX was a rapper who influenced an entire generation of young rappers with his husky voice. The star rapper was a force to be reckoned with in hip-hop. His presence on tracks was simply phenomenal and his lyrics always had a message no matter how complicated or how simple the message was.

The stylish drummer from the legendary The Beatles. Charlie Watts was a man of very few words who used his dashing suits to show off his personality. Always nestled behind the drumkit on the stage, Watts might be gone but the beat of his drum kit still roars.

Bunny Wailer was an original member of the iconic reggae group, Bob Marley and the Wailers. The three-time Grammy Award winner was a legend when it came to reggae but he did experiment with a few other genres including disco.

Iconic American rapper Biz Markie will always be remembered for his incredible contribution to hip-hop. He has been dubbed the “clown prince of hip-hop who was the great mind behind Just A Friend. He brought amazing touches of humour to hip-hop.

Scottish musician Sophie was a brilliant talent who worked with some of pop’s biggest stars. The experimental artist worked with the likes of Charli XCX, Madonna, Vince Staples and Kim Petras. She had an extraordinary passion for her craft and always took her music to the next level.

Jonas Gwangwa contributed greatly to the South African jazz scene. From his classic wedding song Kgomo to his easy tune Morwa, Gwangwa was an important jazz figure in South Africa. His voice filled the homes of many South Africans.

Jamaican bassist Robbie Shakespeare was able to take hints of reggae and fuse them into R&B and blues. Shakespeare was a master on his bass guitar and had been nominated for 13 Grammy Awards over time.